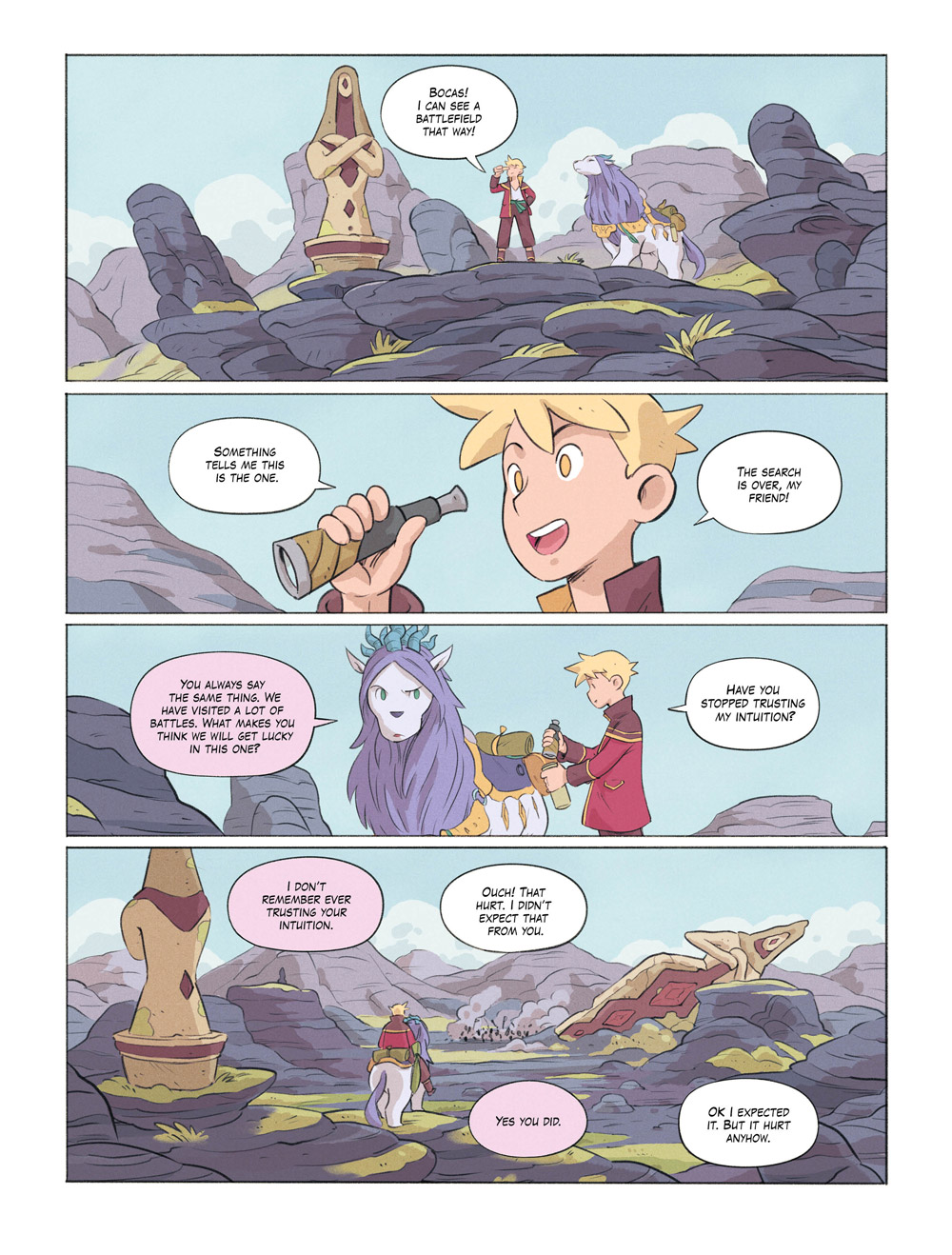 Yugen and his loyal friend Bocas ran away from Malvia, the city they grew up in. Malvia has suffered a military coup and is now being ruled by the self-proclaimed president Forba. The repression is brutal and the opposition has been annihilated, with all the leaders imprisoned or killed. One of those prisoners is Kiliam, Yugen's father, who managed to smuggle his son out of the city before he was arrested, to prevent him from suffering his same fate. 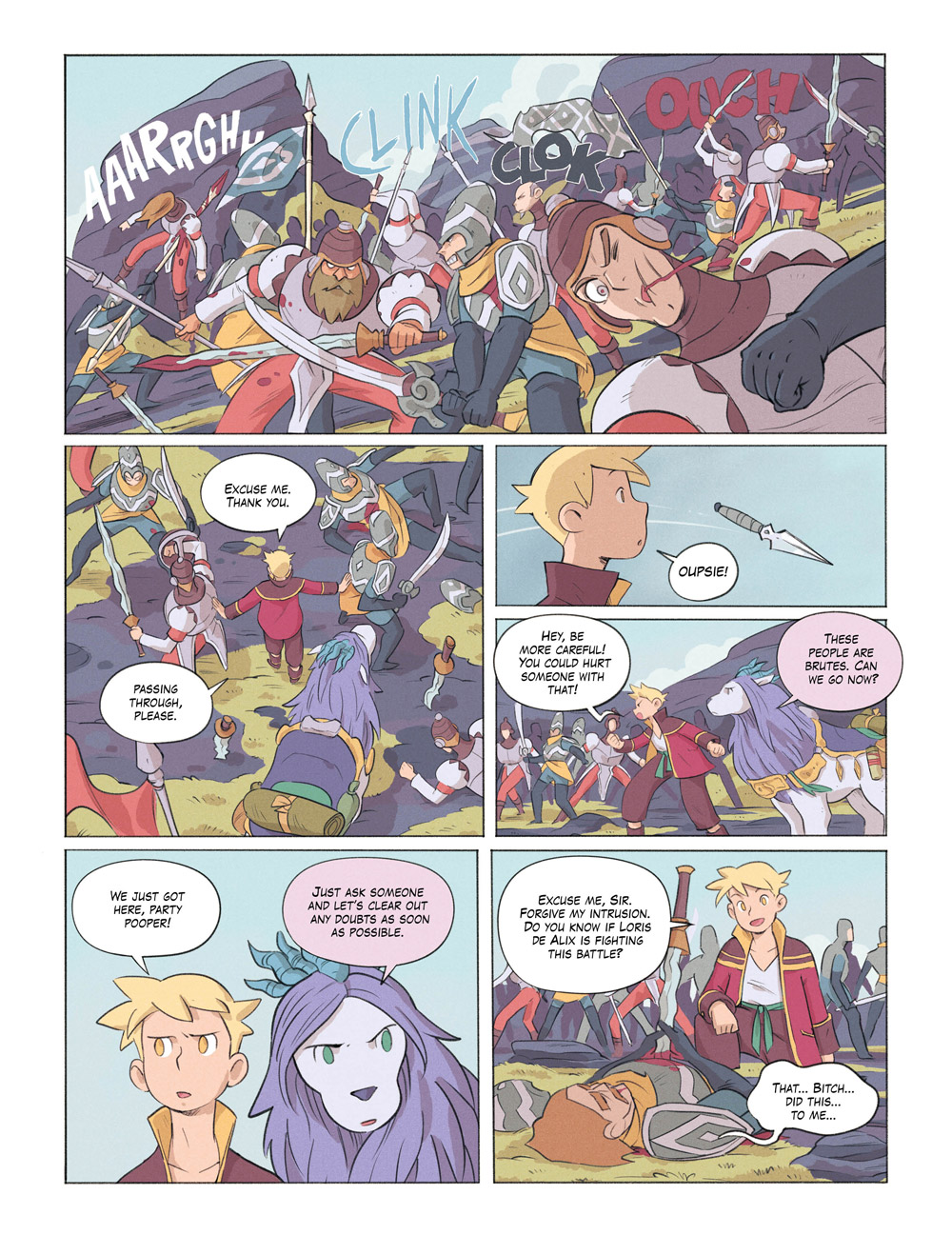 In exile, Yugen thinks it's the perfect moment to look for the mother he never got to meet. The only thing his father told him about her is her name, Loris de Alix, and occupation, a legendary warrior who sells her services to the highest bidder. Yugen believes that if his mother is still alive, he will be able to convince her to come back to Malvia, free his father, and organize the Resistance army to overthrow Forba once and for all. 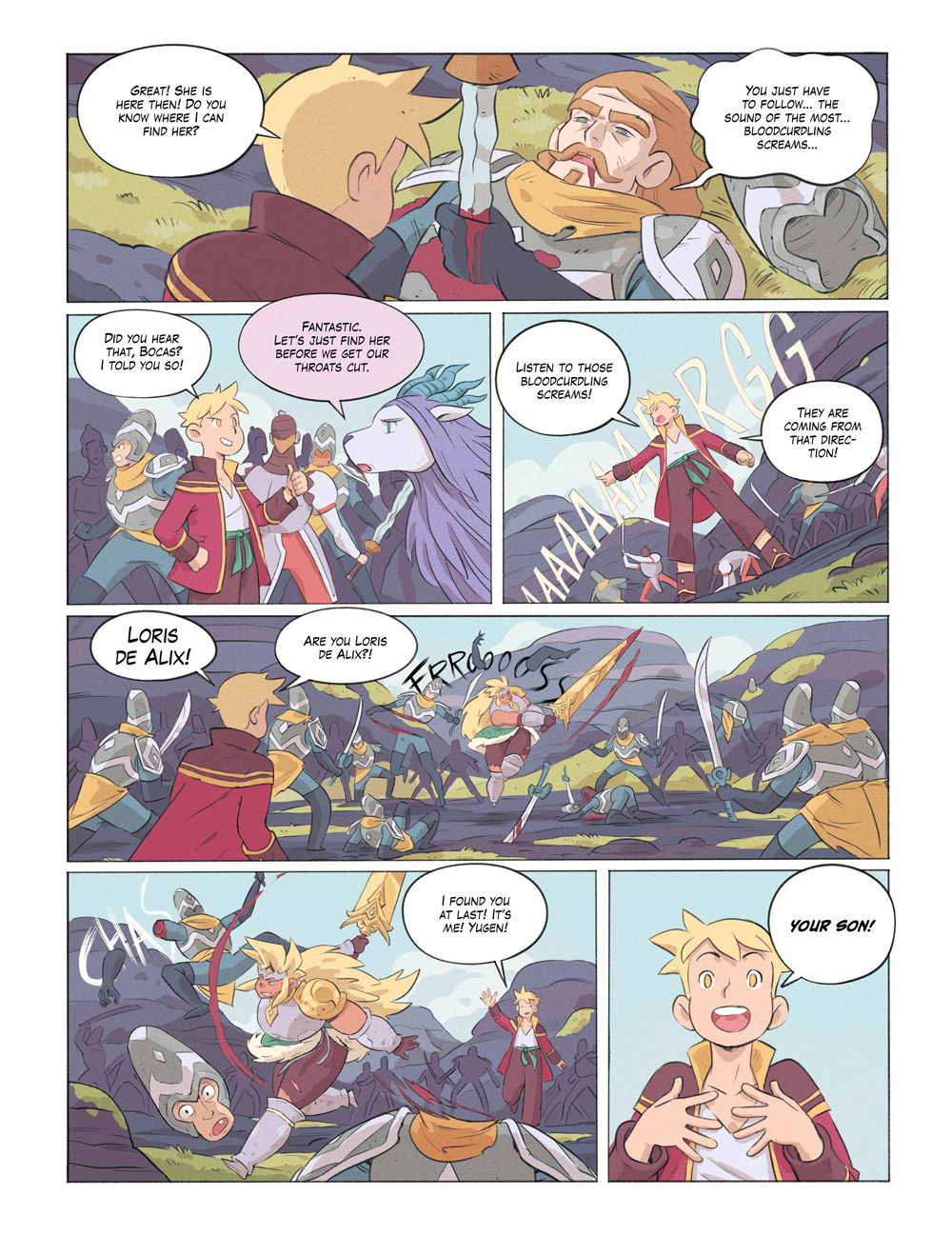 The story starts just when Yugen finds his mother. Loris doesn't feel any kind of attachment to the son she abandoned after birth. She loves her nomadic mercenary lifestyle, with no strings attached, enjoying life to the fullest, because for a warrior, each day can be the last. Finally, Yugen manages to mislead his mother promising her a huge sum of money (that he definitely doesn't have) to hire her services. The rest of the protagonists have their own motives to travel back to Malvia, though very few of them are being honest about their true intentions...

Join this fantasy comic full of adventures and humor for all audiences! 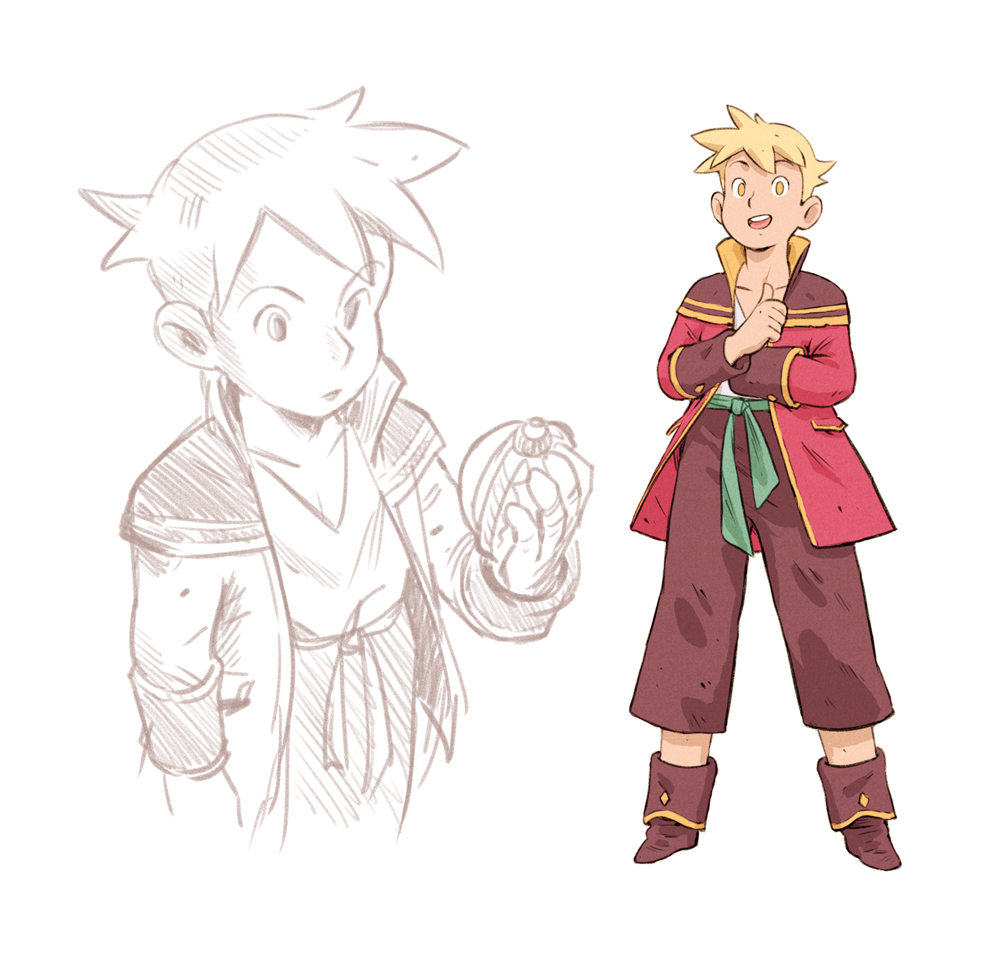 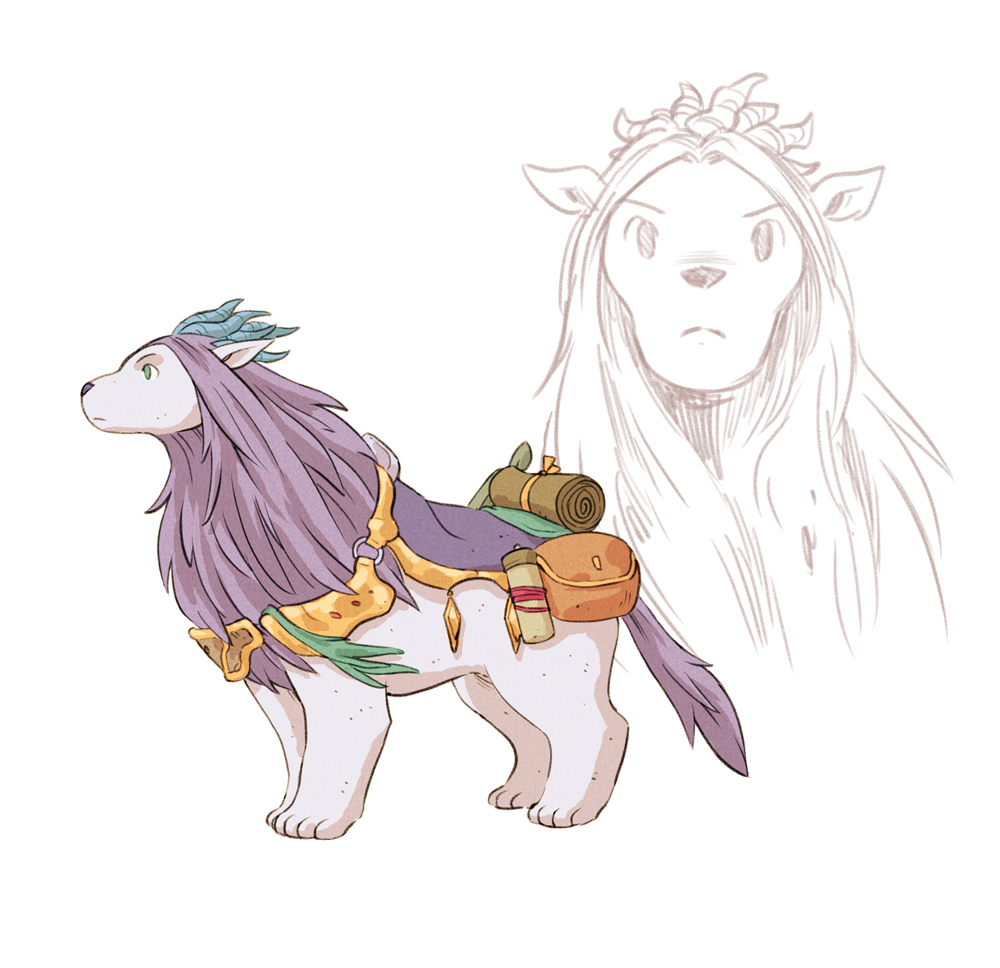 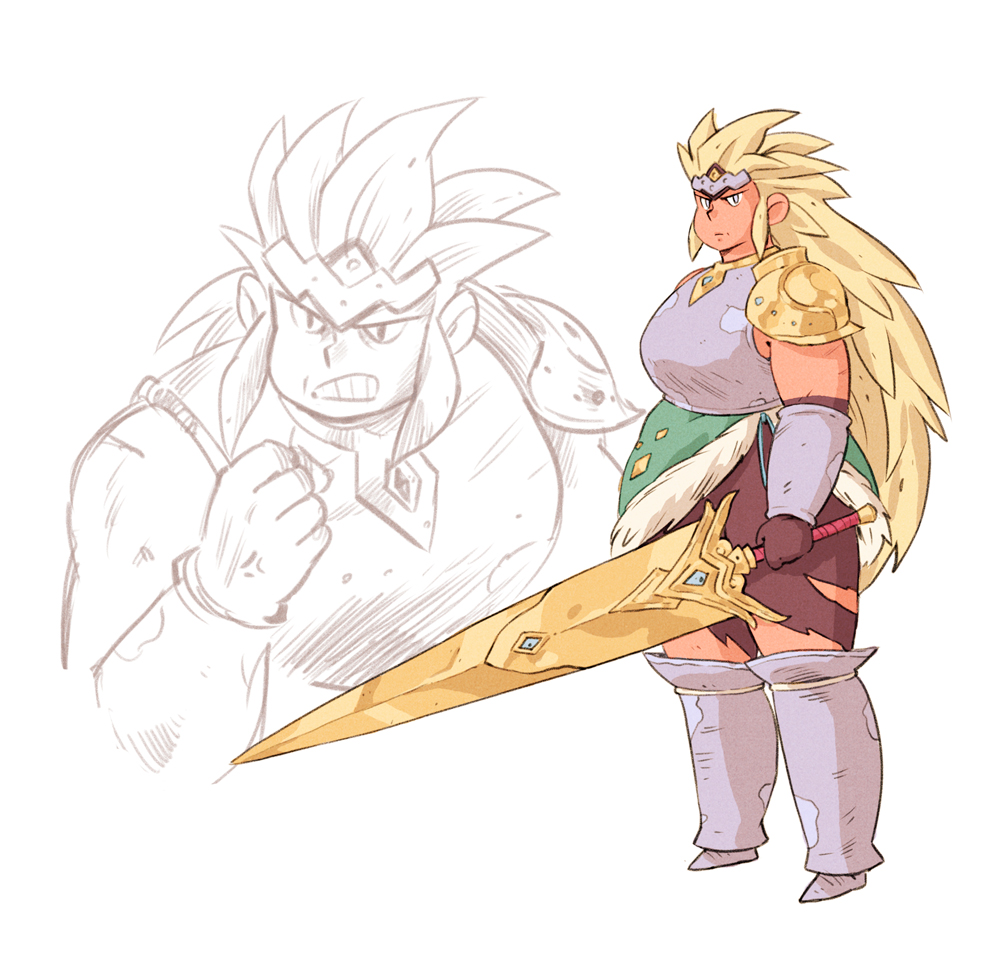 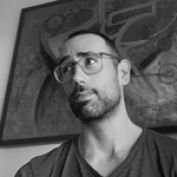 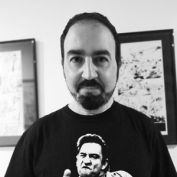