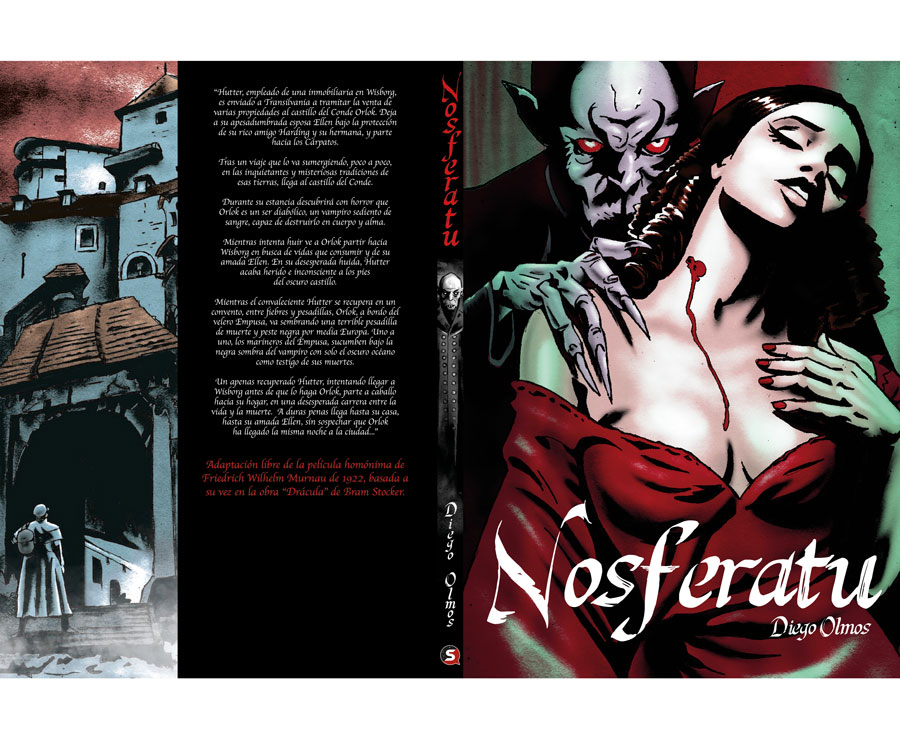 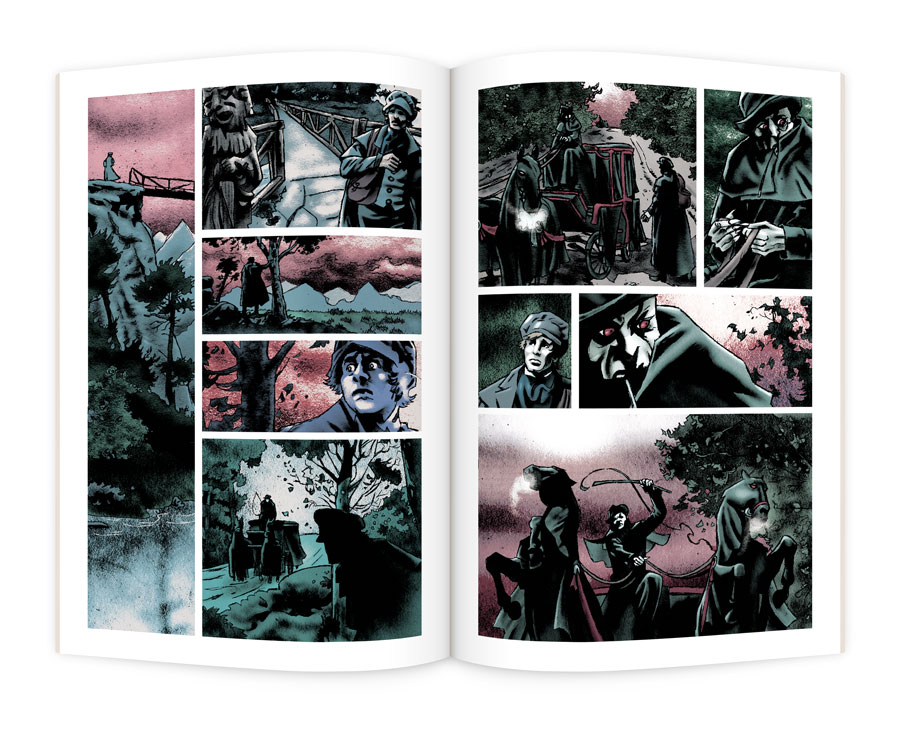 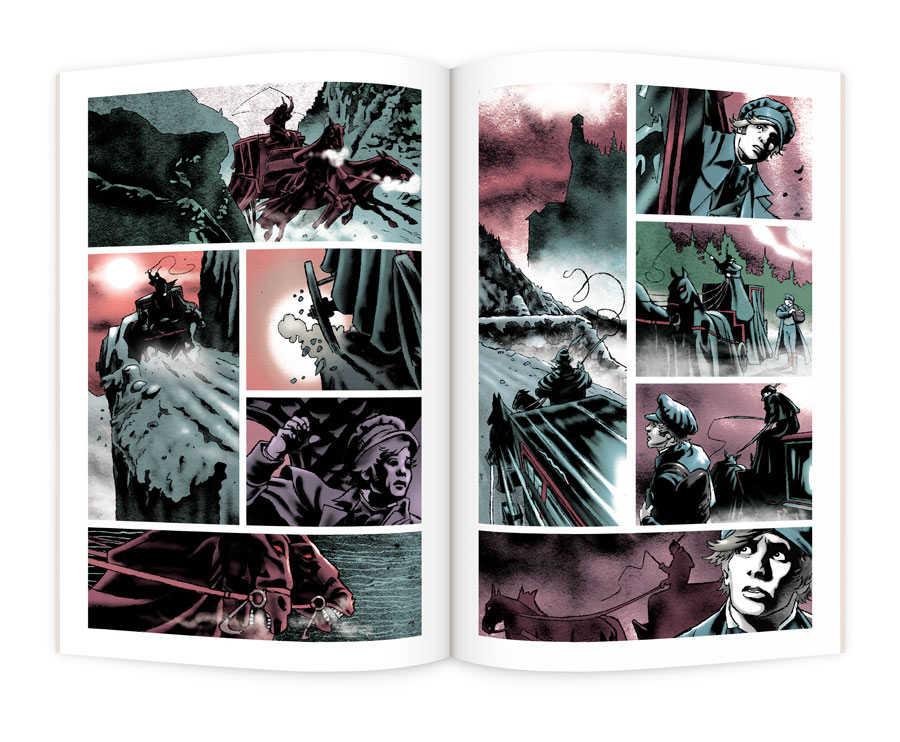 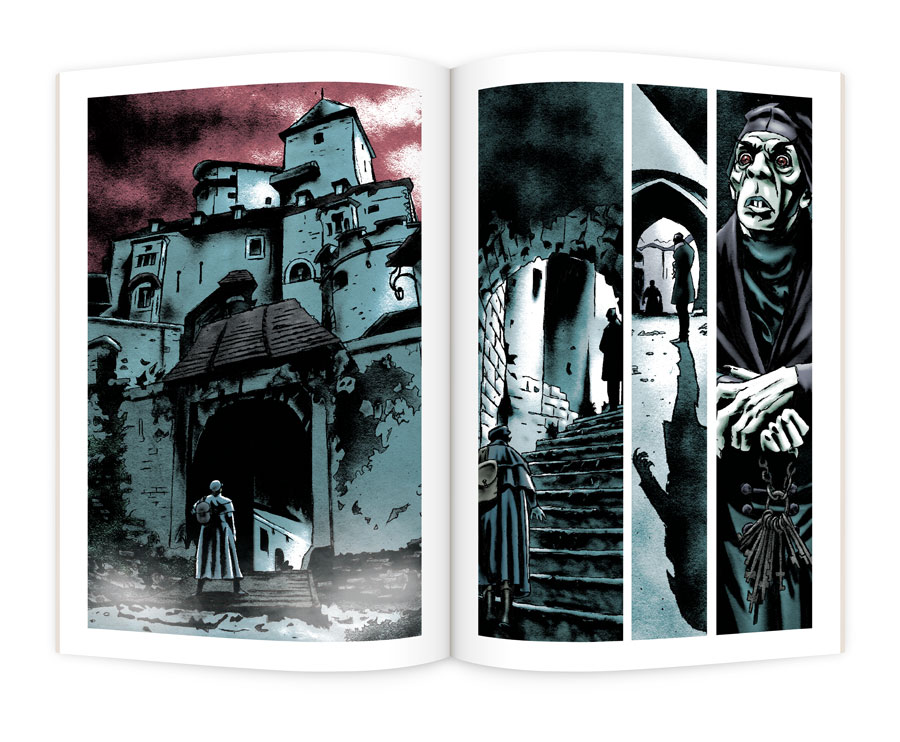 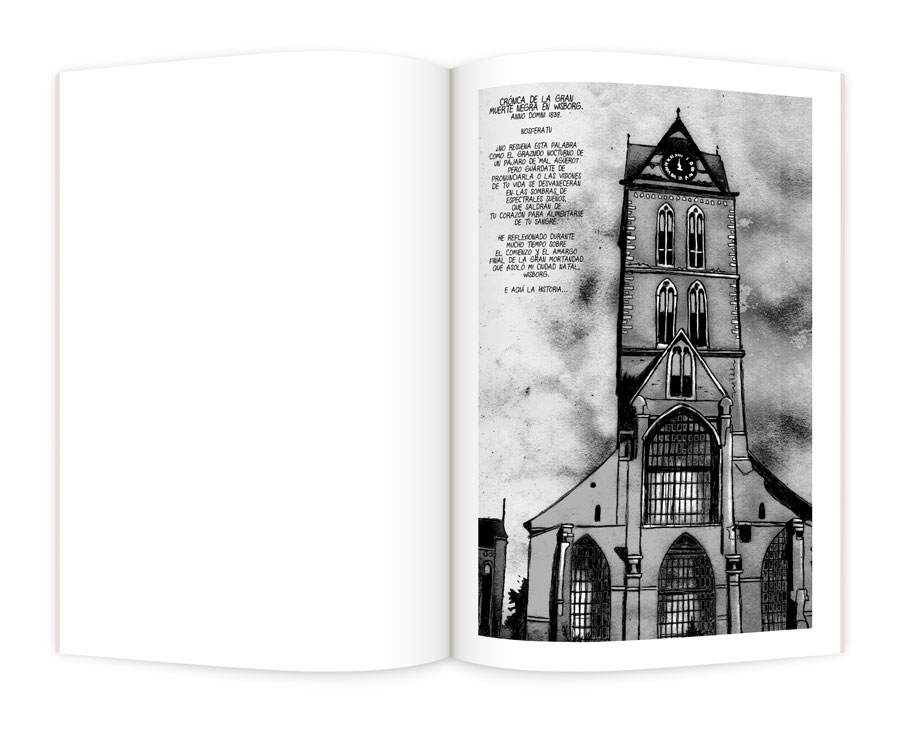 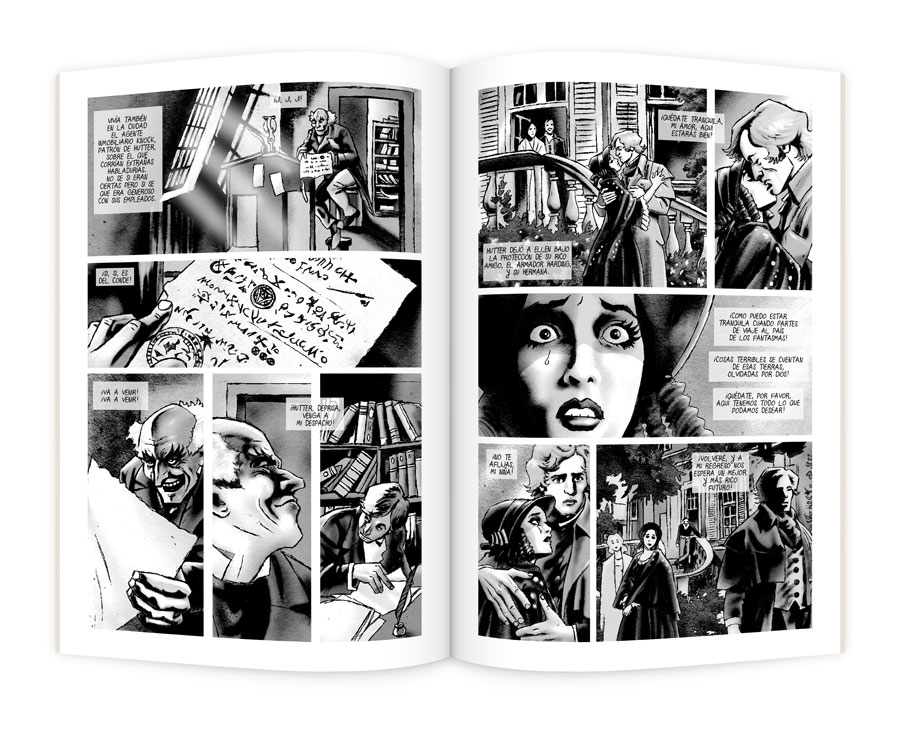 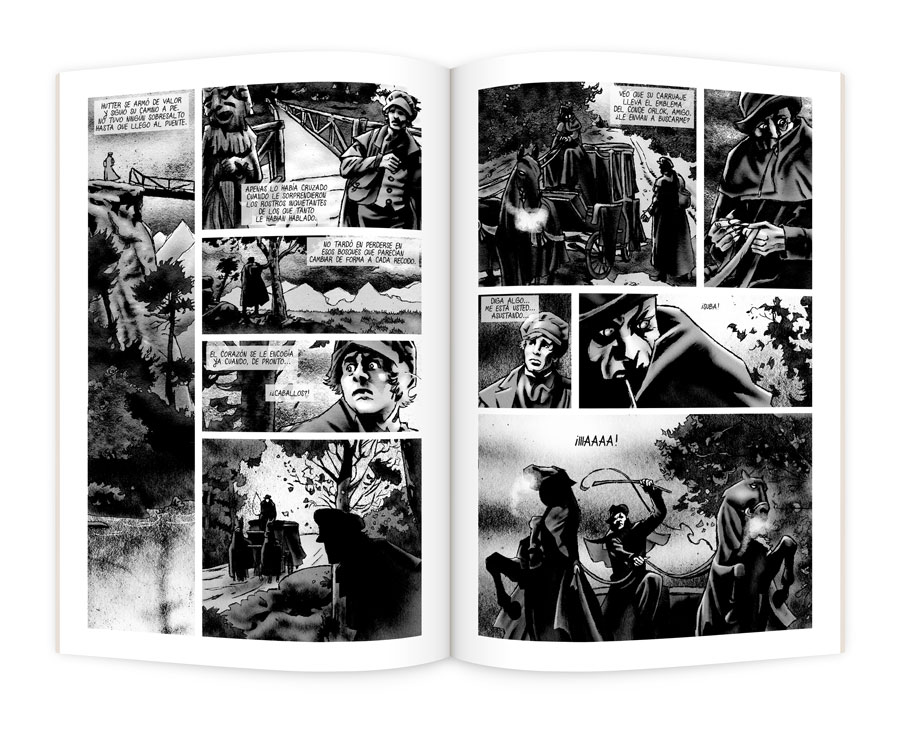 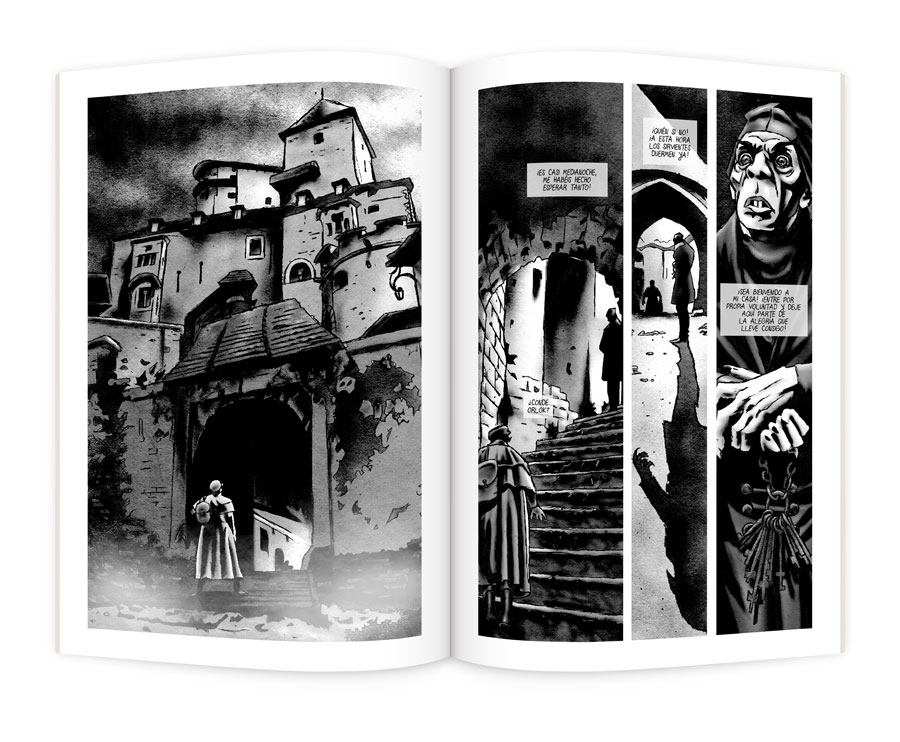 A free adaptation of the 1922 film of the same name by Friedrich Wilhelm Murnau, based on Bram Stoker’s “Dracula”.

Hutter, a simple man and real estate employee in Wisborg, is sent to Transilvania to manage the sale of a handful of properties to Count Orlok. Leaving his beloved and grieving wife Ellen behind and under the care of his wealthy friend Harding and his sister, he departs to the very heart of the Carpathians.

After a long, dark journey that slowly soaks him into the disturbing traditions of those lands, he finally arrives to the Count’s castle.

During his stay, he will discover with horror Orlok is a demonic being, an ever thirsty vampire capable of destroying both his body and his soul. 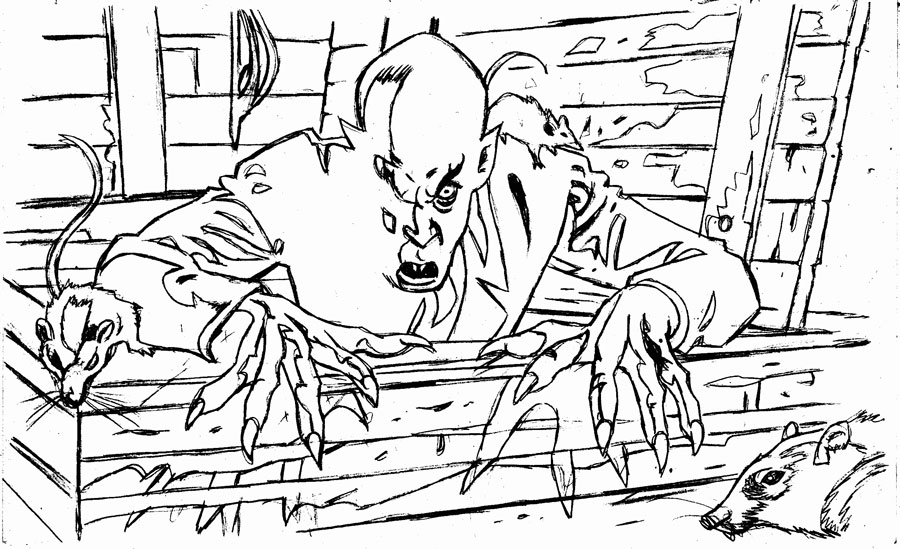 As he tries to escape he will see the Count leave towards Wisborg searching for more lives to consume, specially his wife’s, Ellen. During hos desperate escape, Hutter ends up unconscious and badly wounded under the darken walls of the Castle.

Taken to a nearby convent suffering from fevers and deadly nightmares, little does he know as he recovers that Orlok, on board of the Empusa, travels through Europe spreading an unstoppable horror of death and disease. One by one the sailors on the ship perish under the shadow of the vampire with only the dark ocean as witness to their demise.

Barely recovered and desperate to arrive in Wisborg before the Count, Hutter will ride a horse to his homeland in a frantic race between life and death. After extreme hardship he at last arrives home to his beloved Ellen without suspecting Orlok has reached the city that very night. 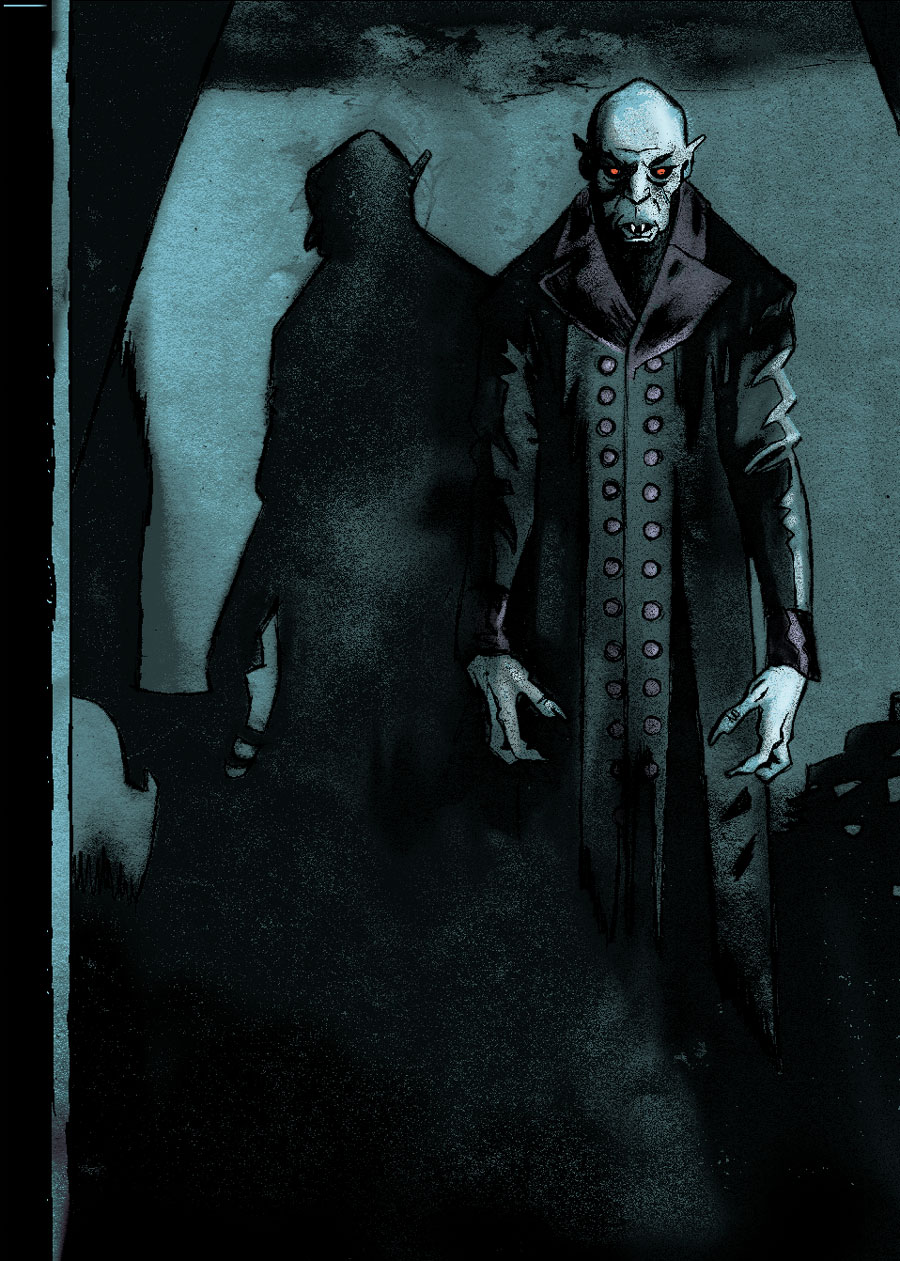 With the break of dawn, the most prominent men in the city meet in the port grounds to investigate a ship arrived in the midst of darkness, with no notice or apparent crew to be seen.

Trying to unravel the mystery they inspect every room until the logbook is found. In its pages they glimpse the terrible happenings that took place in the ship, the plague spreading among the helpless sailors. Alarmed, they leave to warn everyone the black death has arrived in Wisborg boarding the ship. Only professor Bulwer and port worker Harding continue to read until they realize not only the plague threatens the city, but something way more terrible. 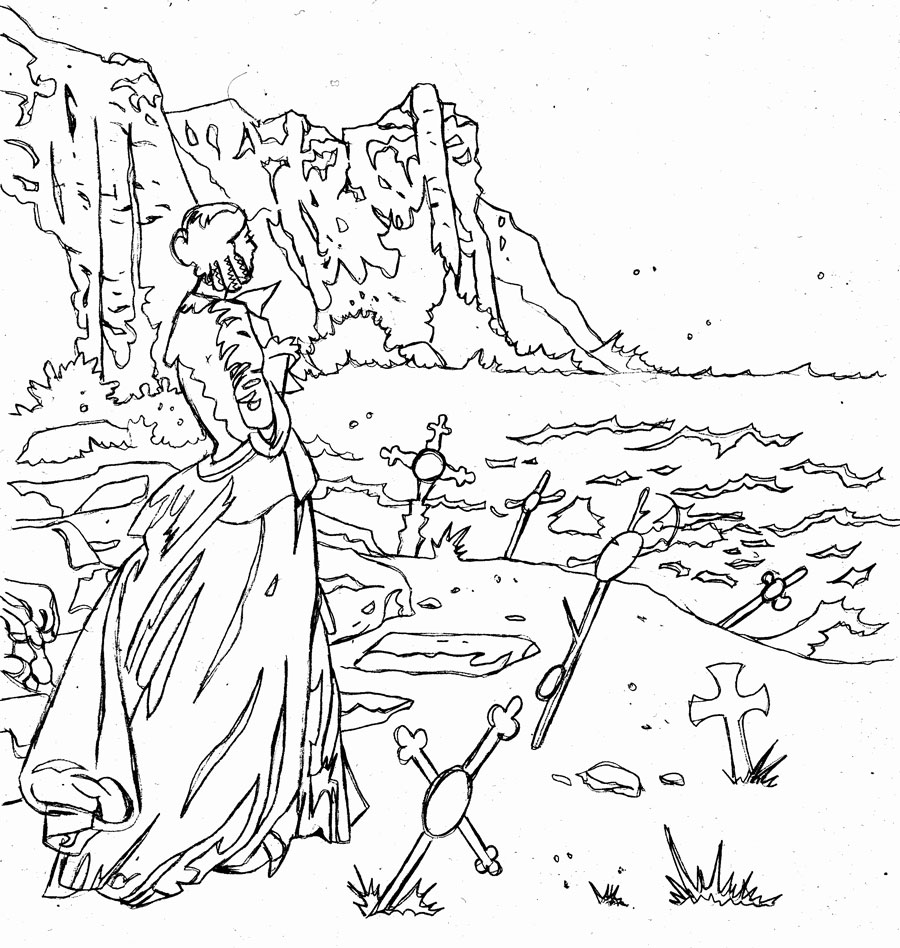 Caos and death extend through Wisborg as the infested rats that boarded the Empusa take over the streets. No one is safe. Meanwhile Orlok wanders the shade in Hutter’s home, waiting for the perfect chance to get the most precious of Wisborg’s treasures, the angelic Ellen, the purest and most radiant being. Light and darkness finally clash in an ultimate battle that will not only destroy Hutter’s life, but also the lives of his beloved wife and his small city. 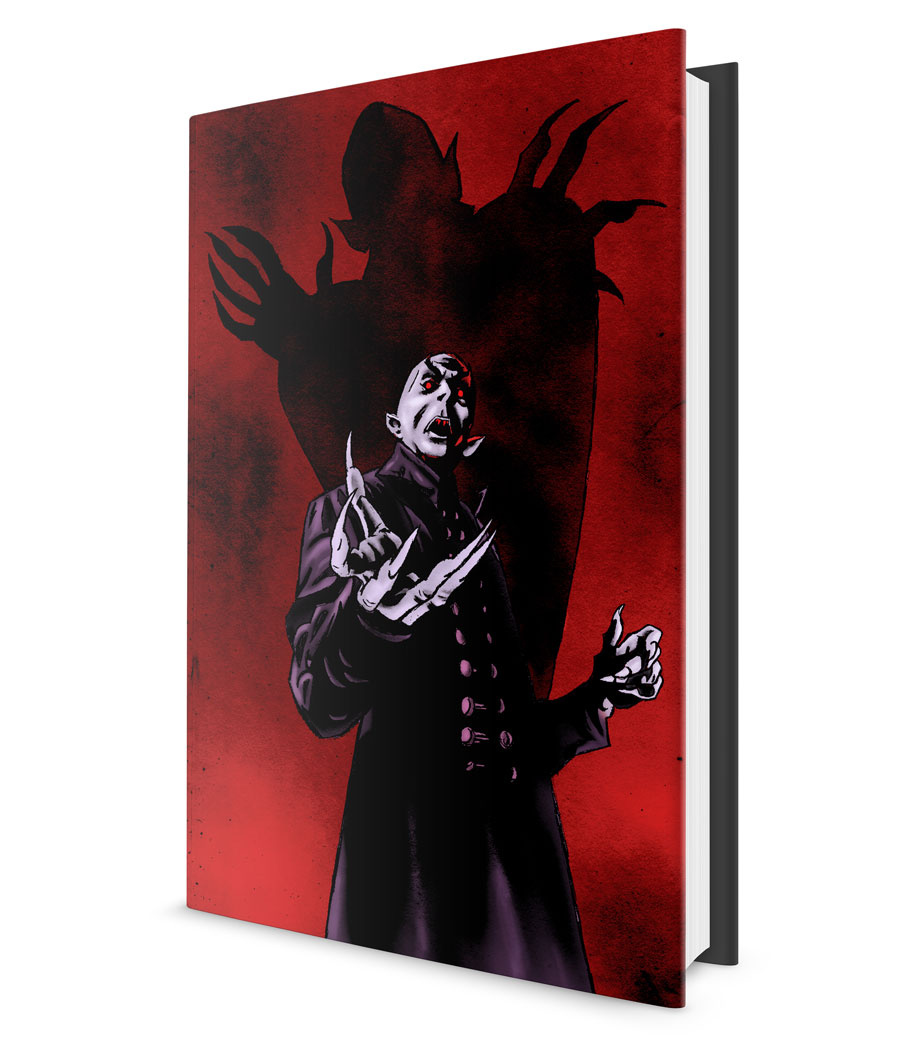 “My aim is to recover Murnau’s vision of the legendary vampire, way more decadent, dark and horrifying than the latter ones Hollywood has popularized, that ended up turning such a terrible character into a noble dandy or even a romantic.

I also want to enhance the symbolic relationship the vampire has with insects and other blood-drawing animals like mosquitoes and leeches… as opposed to the classic bat, that will not appear in this piece ”. 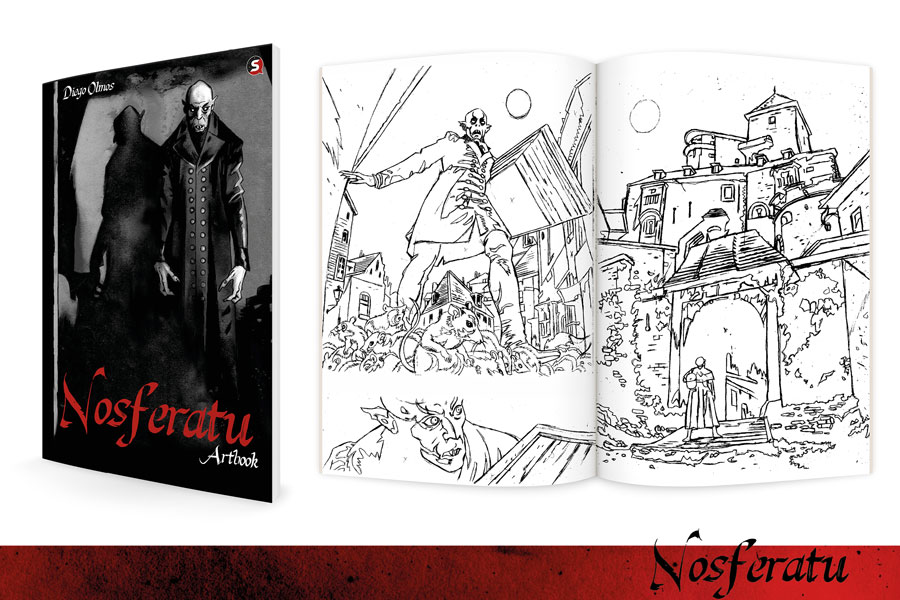 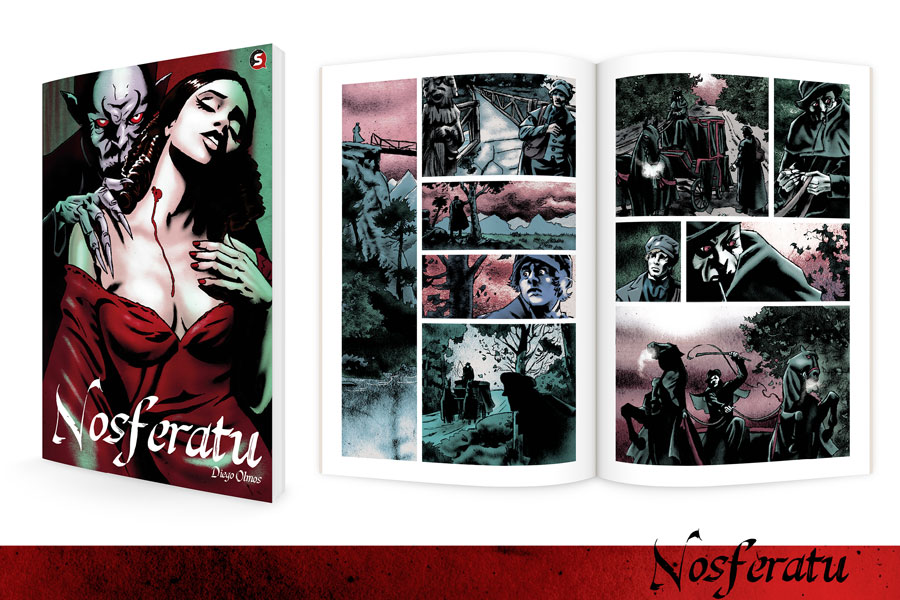 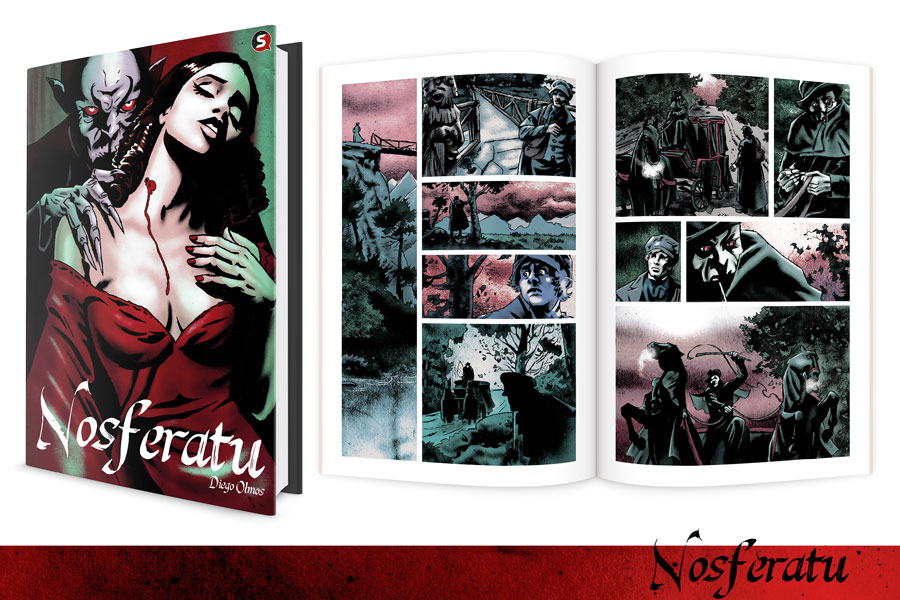 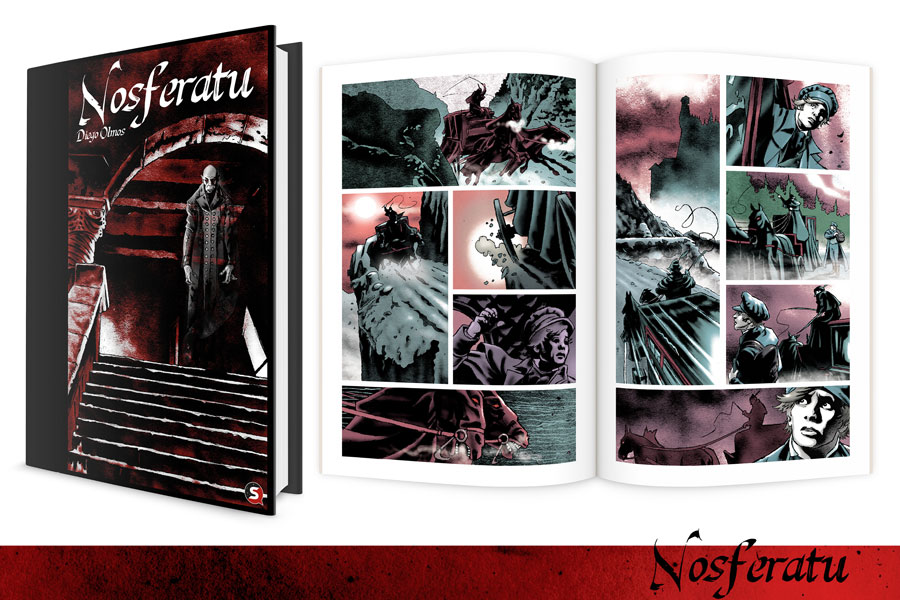 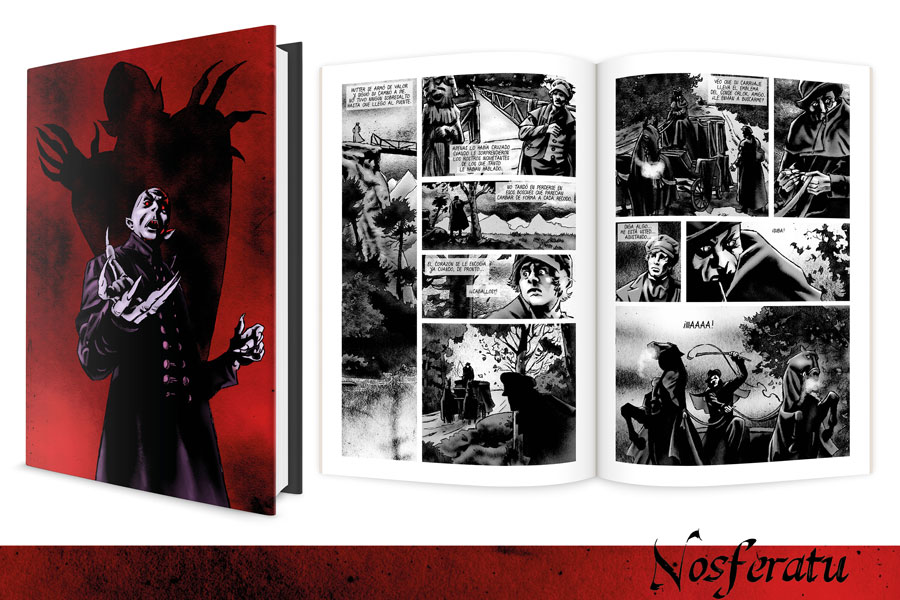 A maximum period of 12 months is anticipated for the development of this work. 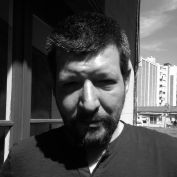