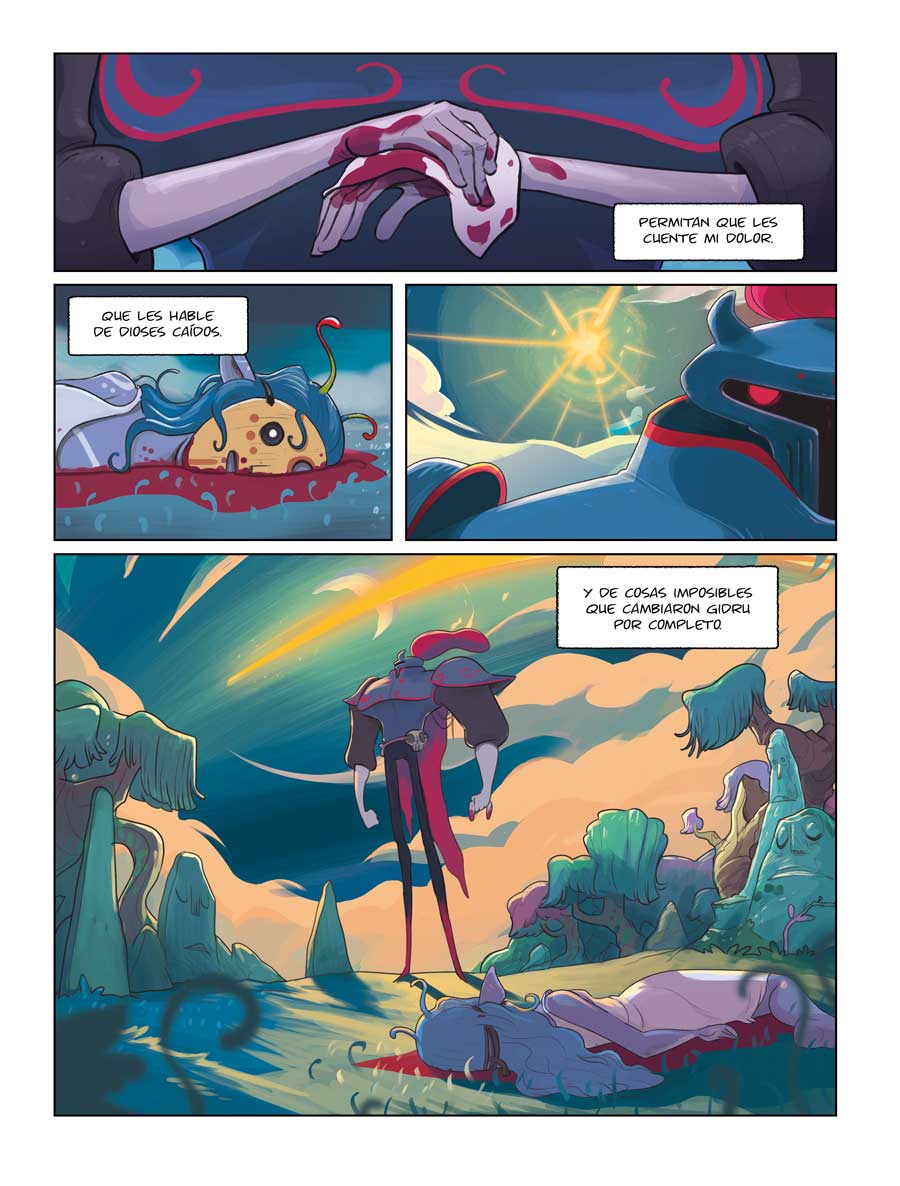 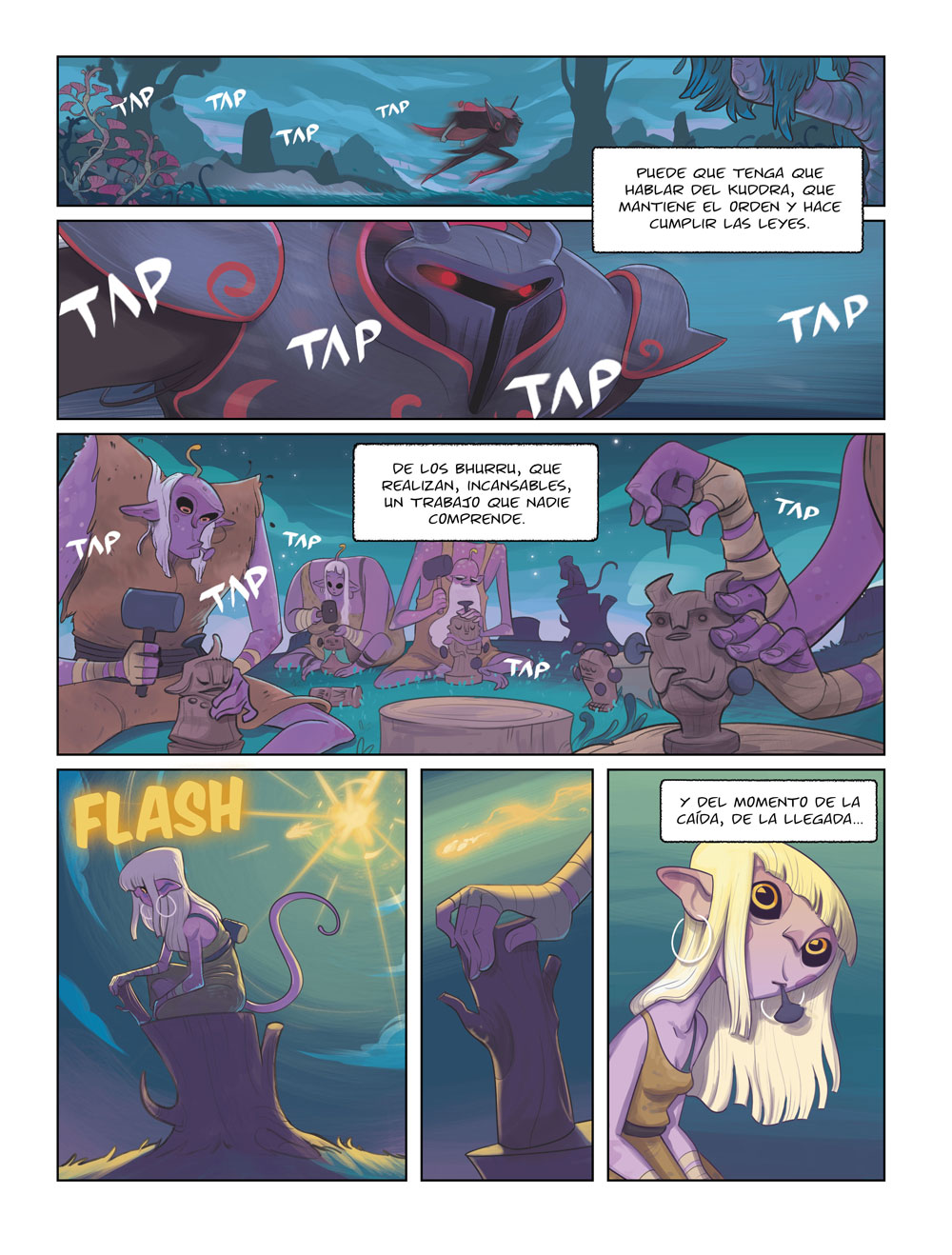 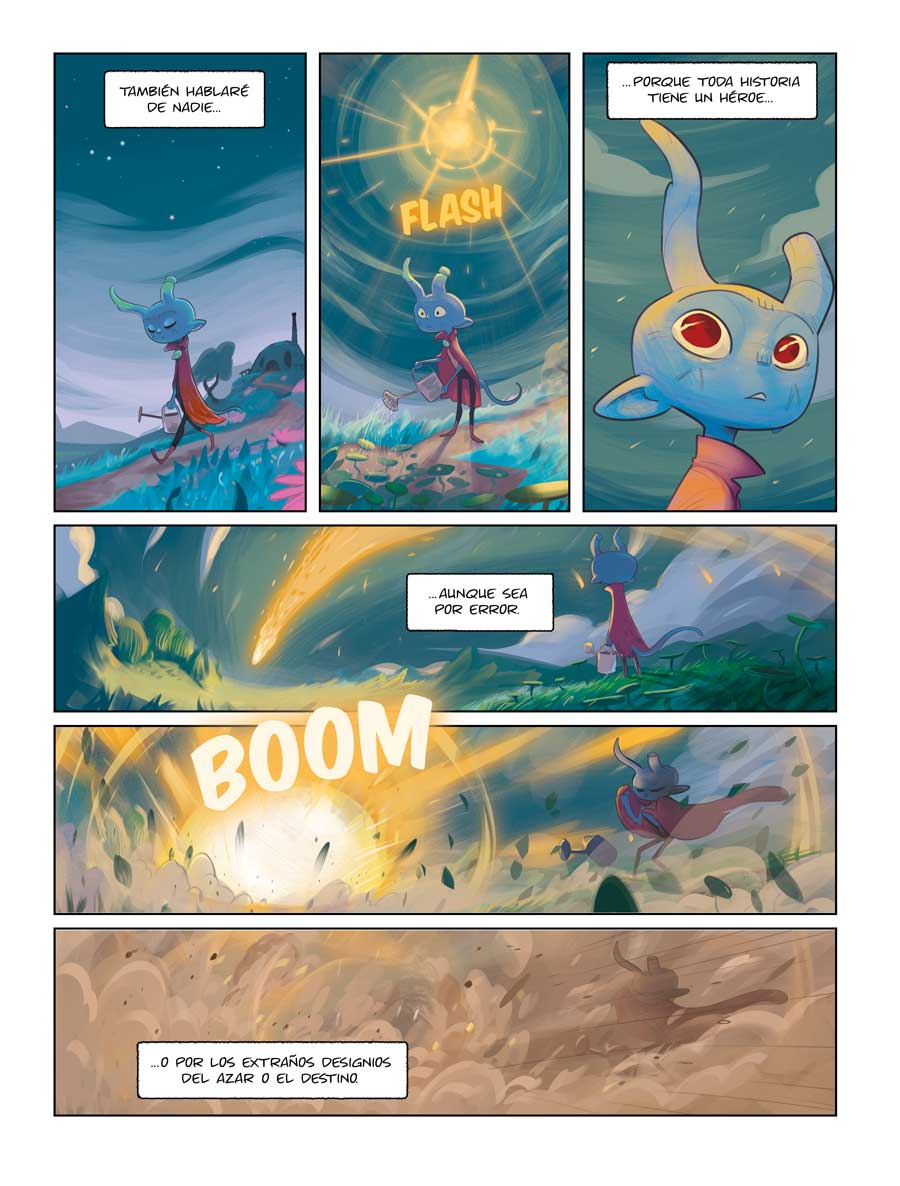 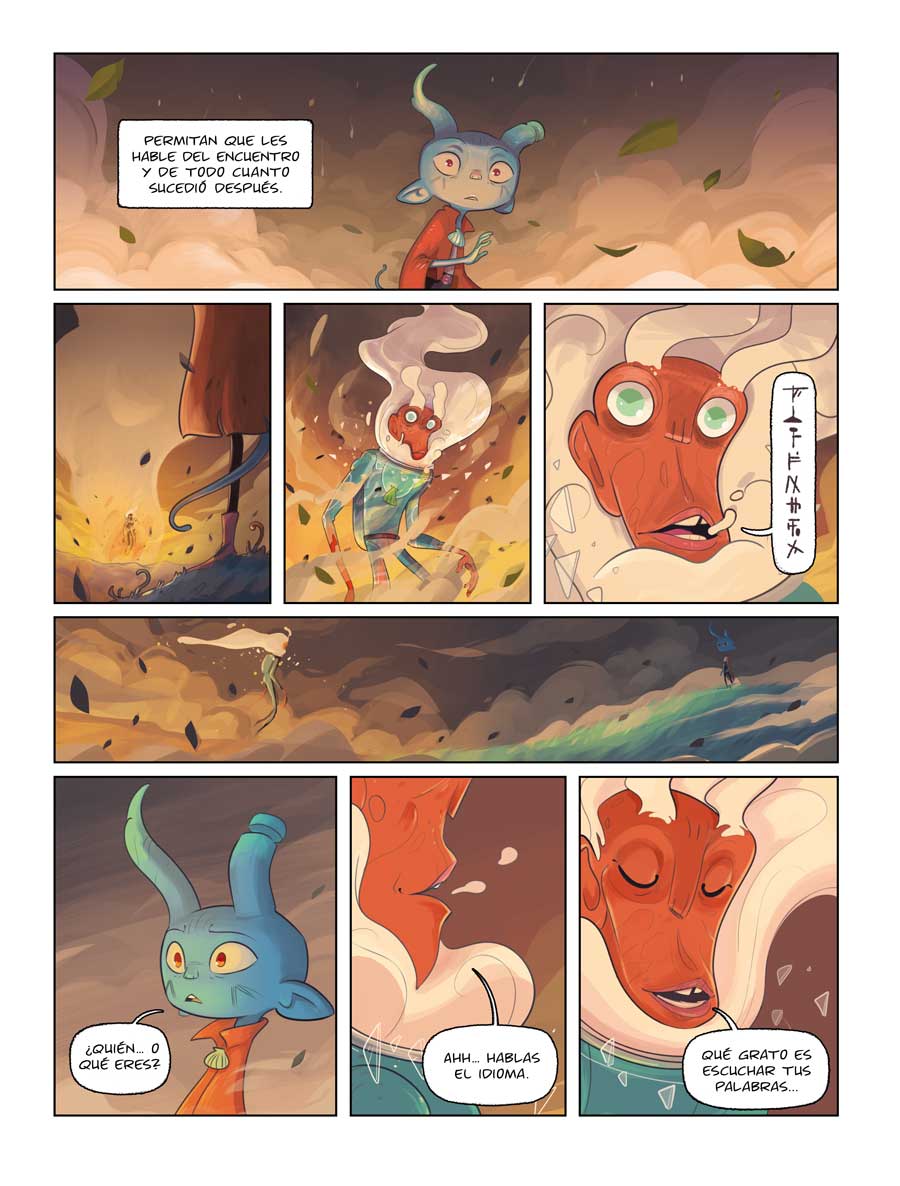 Gidru is the center, the place where everything that was forgotten comes to meet. But don´t you try to remember, after all, we are made of oblivion, and here the names name nothing no more.

Allow me to tell you the story. Though I must warn you: no one is the protagonist, and to be able to finish the tale, I might have to speak about Kuddra, who keeps the order in this world, about the pilgrim that searches the inexistent, and the Bhurru that found a purpose.

It´s also necessary that you learn about the Sorunne, the five sacred laws given by Arduk, the first God, that give sense and order to all things:

-Do not read any written words whatsoever.
-Do not break iddâk idols nor damage their nails.
-Do not carve masks from the knots of the Tree of the Dead.
-Do not eat Duiya flowers.
-Do not call yourself by the old names.

Even if we both know nothing I just said will remain in your head, let me tell you, as some of us protect the memory so we can share it and it´s never lost. 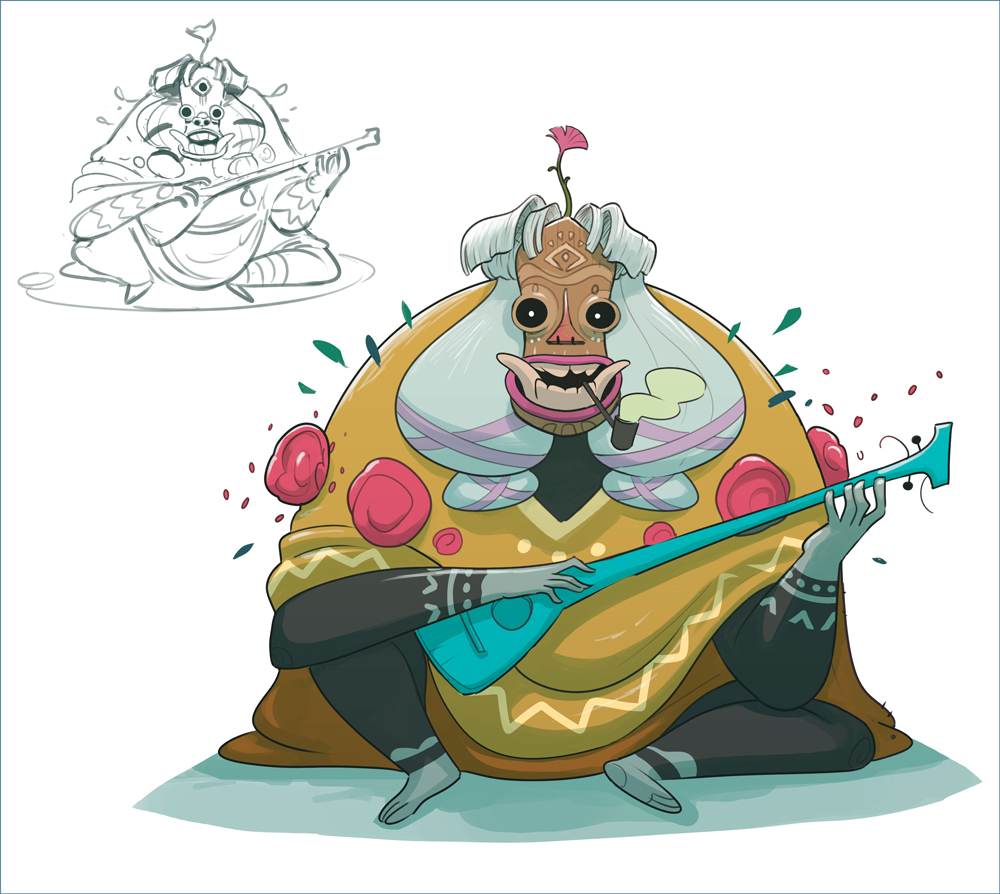 I am Konsoh, the one who narrates. Or at least, one of the many creatures that do so. As I told you, in Gidru, names name nothing no more, so all of us who tell the tales of our world, receive the same name.

The stories hurt in our heads, in our bones. They scream and beg to be told. Every little tale is like a gätm stabbed in our body with the strength of memory.

I hope I can tell you this story just as I remember it... though I already said... we are made of Oblivion. 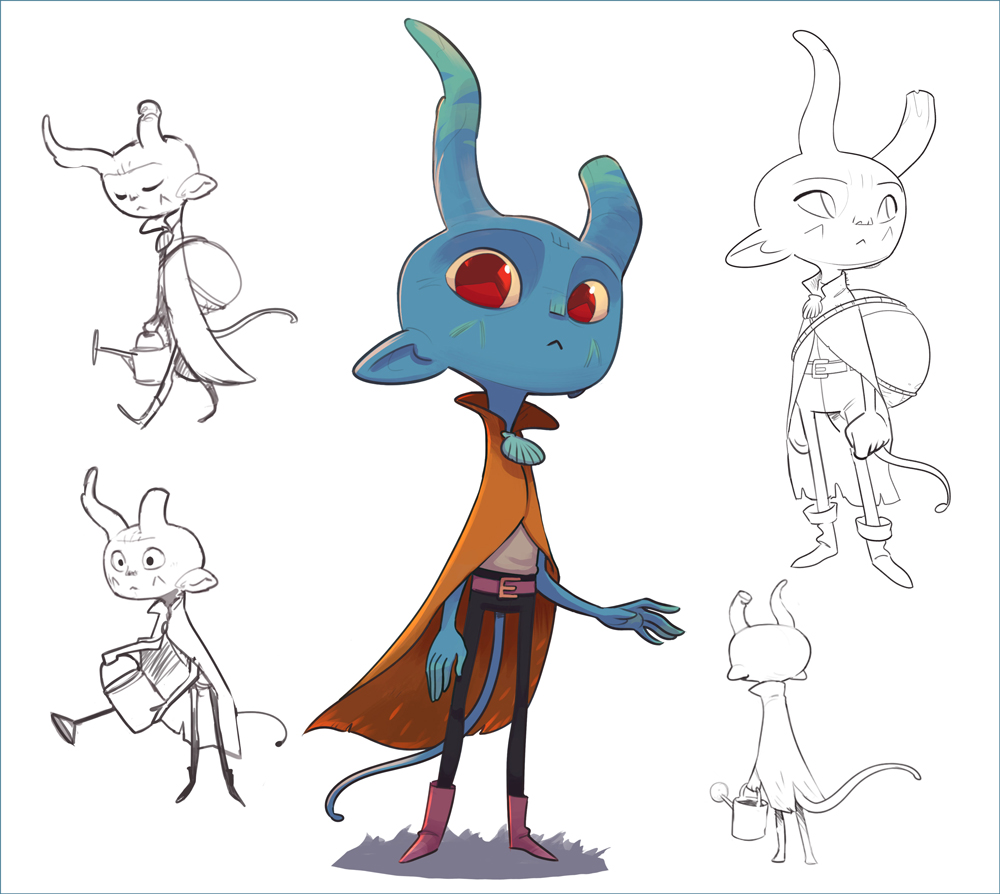 After the fall of Arduk, the first god, the  Sorunne was imposed, and with it came the obliged obscurity for the names that tied the creatures.
That´s why names now name nothing. That´s why creatures are now called by their profession or something that characterizes them or makes them slightly memorable without breaking the old laws.

And I explain this so you understand NoOne was perfect. At least here, in Gidru. A dull and purposeless creature. The embodiment of void and oblivion. In a place where everything disappears in the midst of the forgetfulness, and even Gods come and go, being NoOne was the absolute ideal, or maybe, the final destination for all lost souls.

Nevertheless, something happened in the life of NoOne, changing it forever, and filling my head with stories. 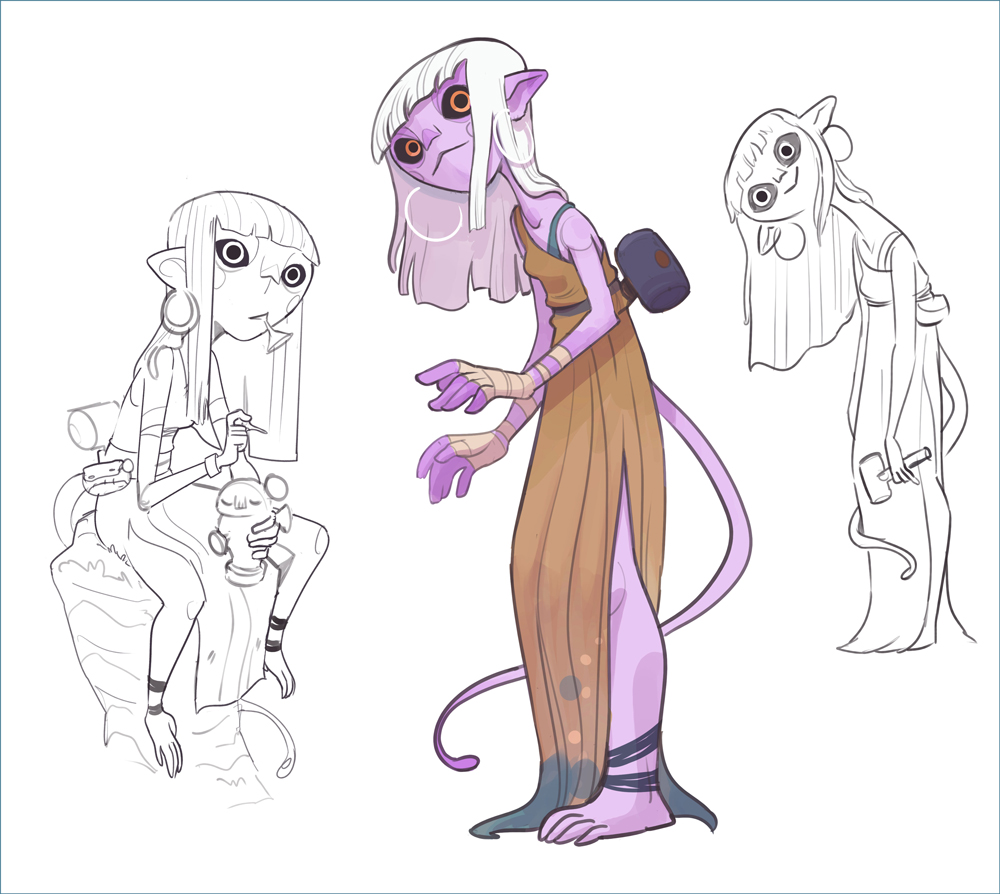 The Bhurru are enigmatic creatures that dedicate their lives to build iddâk, wooden idols that represent someone, to then drive dozens or hundreds of oeki nails into them. That´s why they receive their name, Bhurru, the ones who torture.

Not even I can grasp the sense of what they are doing, or why the mark doesn't appear after breaking the second law of the Sorunne.

But the Bhurru in our story will find a deep purpose in her life, and also... well I wouldn't like to anticipate too much of the events, to make the whole story makes sense just now... 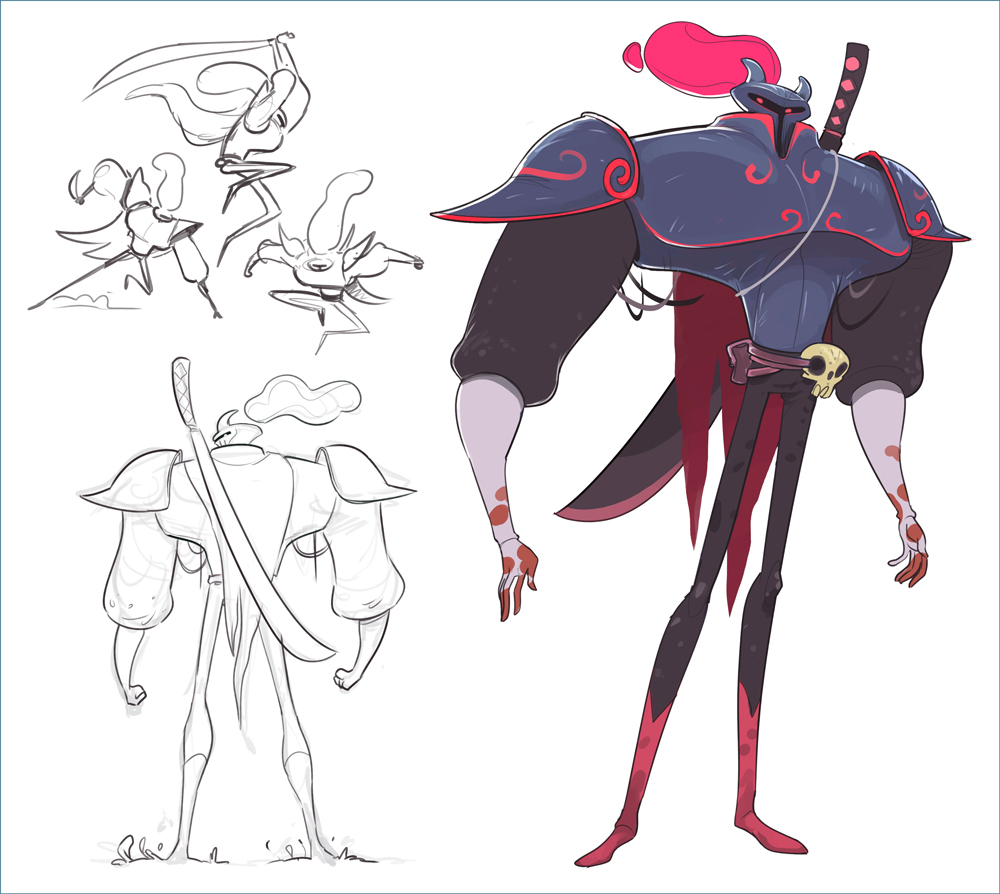 As soon as the laws started existing, a creature existed too, to restore the order when they are broken.  No one knows where Kuddra came from or if it existed from the beginning of time. It´s one of the infinite secrets that Oblivion keeps.

However it may be, as soon as a creature breaks the five sacred laws and the fifth mark appears, the hunter turns up to take the life of whoever confronts the order established at the beginning of times. Or that is what they say anyhow.

The truth is no one has seen him, or no one remembers. But it´s also true... no one is able to show off the five marks for long. 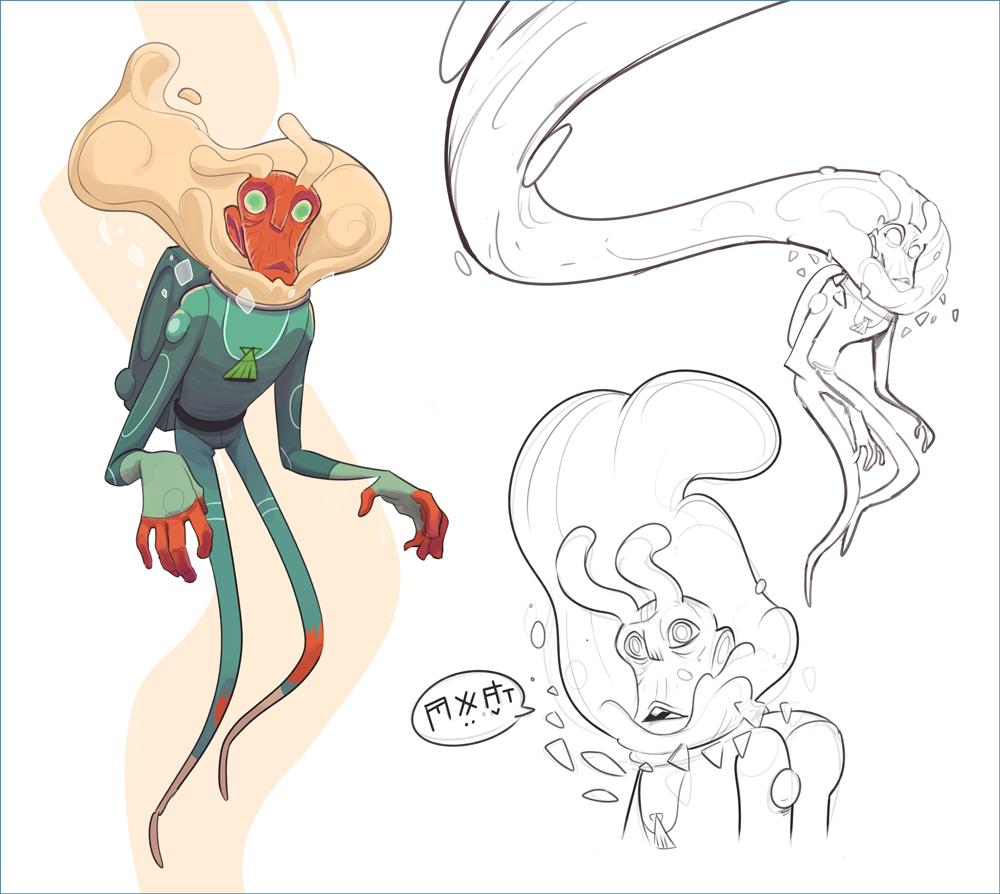 I can say very little about this creature beyond what it says about itself: it´s one of many, looks for the truth of a single and eternal God, has been wandering for too long. It has roamed strange and dangerous lands looking for the meaning of the sacred word... Is moved by faith, even if it never adored our gods and never heard about the Sorunne.

It also fell from the sky, like rain or hail, but surrounded by fire... and changed the destiny of many. 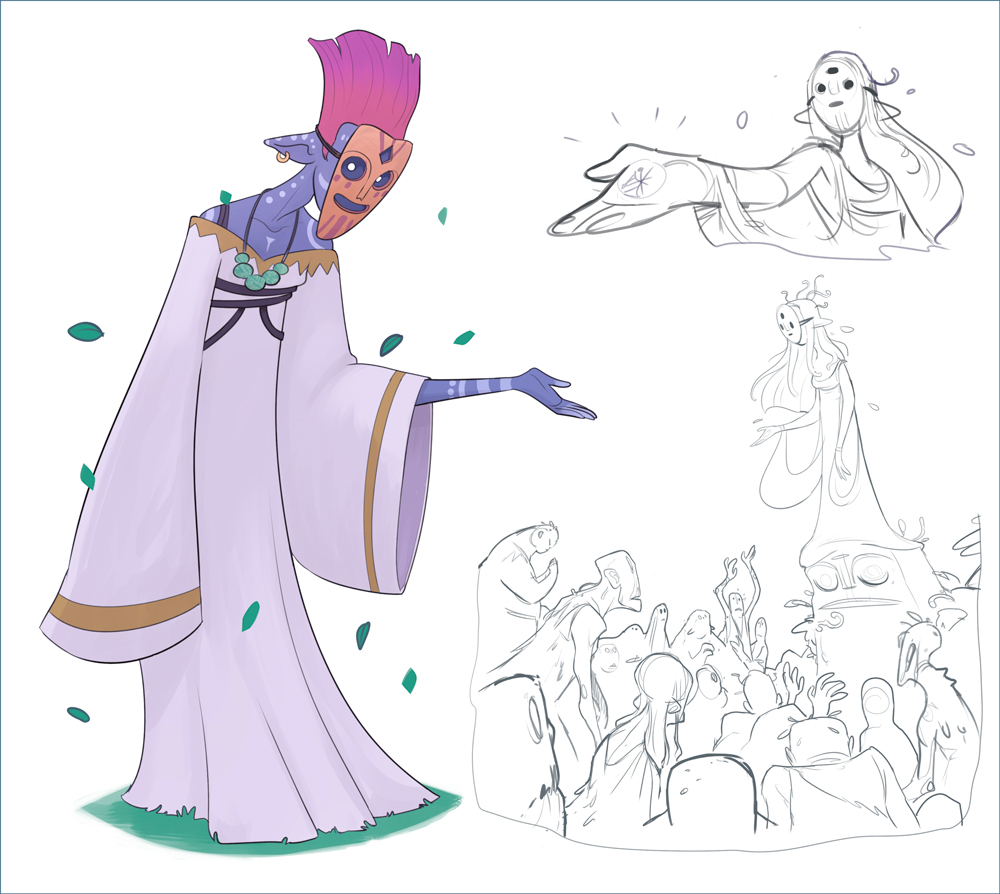 Sometimes, some creatures challenge the sacred laws of the Sorunne, and disobey the norms to rise above the rest and become adored as deities. They are anonymous Gods that try to find their place in the pantheon of Memory. But in Gidru, gods don't last for long. As soon as they reach the maximum height on their pedestals and they challenge the fifth sacred law, they are completely forgotten. Some say that even Arduk, the first God, will also be forgotten with the passing of time. 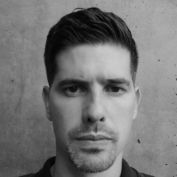