PREVIOUSLY IN BRIGADE (Vols. 1 and 2) 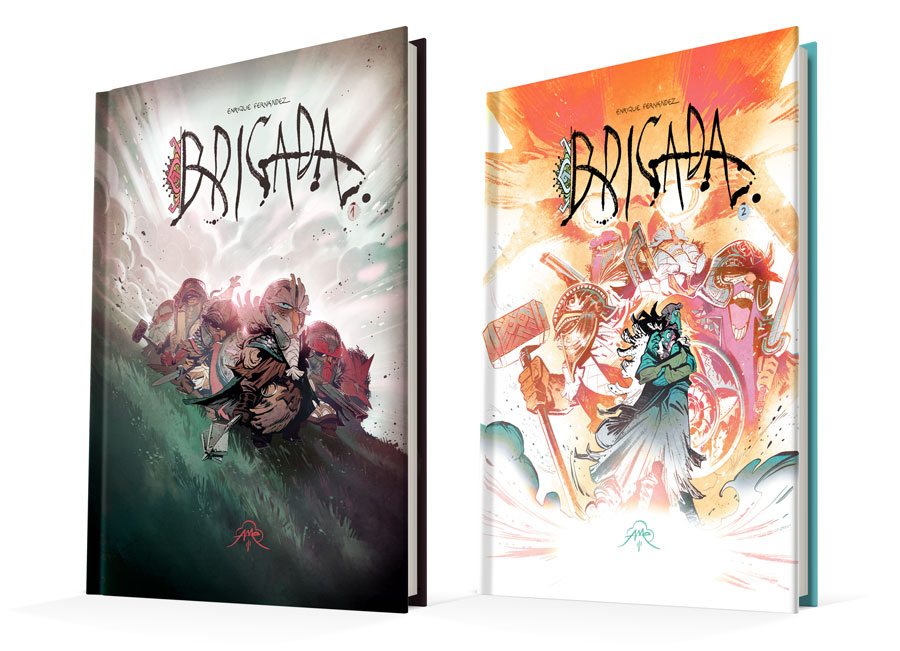 In a world overrun by war, seasoned captain Ivvro was chosen to lead an impossible and fierce BRIGADE, made up of convicts sentenced to give their lives in the battle against the dark elves. During battle, the squadron was swallowed by a strange mist, transported to a chaotic world very different than their own, and forced to survive as a group. Lost and scattered, they attempted to regroup and look for a way to return to their home. While imprisoned in this strange mist that alters the reality of everything in its wake, called the Voirandeer, they ran into beings who were just as lost as they were, and who were also trying to survive in this strange new land.

The brigade continued its slow advance through the mist, facing the new and unexpected dilemma of: who would be reliable enough to choose a path that would guide them all home? In the confusion, Senda and Loon took the opportunity to investigate the Voirandeer from the inside to try and find some answers to its mysteries. They discovered that traveling with a group of criminal dwarves through an unknown and hostile land, was perhaps not such a good idea after all.

Meanwhile, Yaibed’s patience was wearing thin due to the Sisters’ failure to collaborate and their open contempt against him, so they decided to resort to desperate measures to reclaim their source of power.

UP NEXT IN BRIGADE (Vol. 3: The Conclusion)

The chaos intensifies across all fronts as the city becomes the primary focus of attention. The Sons of Daurin, a small army, are ready to destroy the pit and free the energy contained within it. The elves combine forces to attack the palace and overthrow the Sisters, who are preparing their defense by mobilizing the entire city into a call for arms. 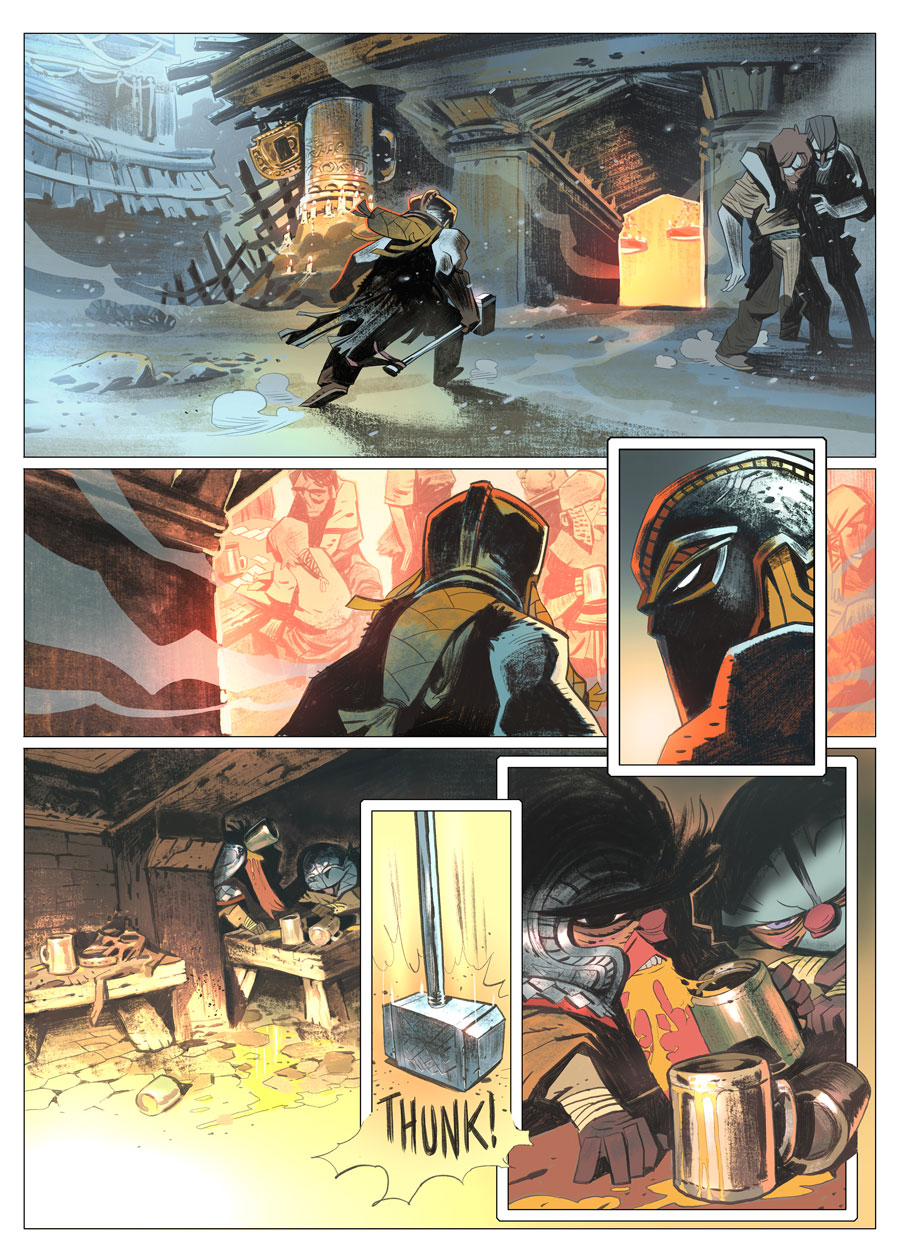 The mysterious Voirandeer appears to be more active and volatile than ever, as if it senses a great change coming. The brigade, now completely divided, must find a way to unite their forces if they want to find even a remote possibility of surviving this new form of chaos that destroys everything around it, and return home. 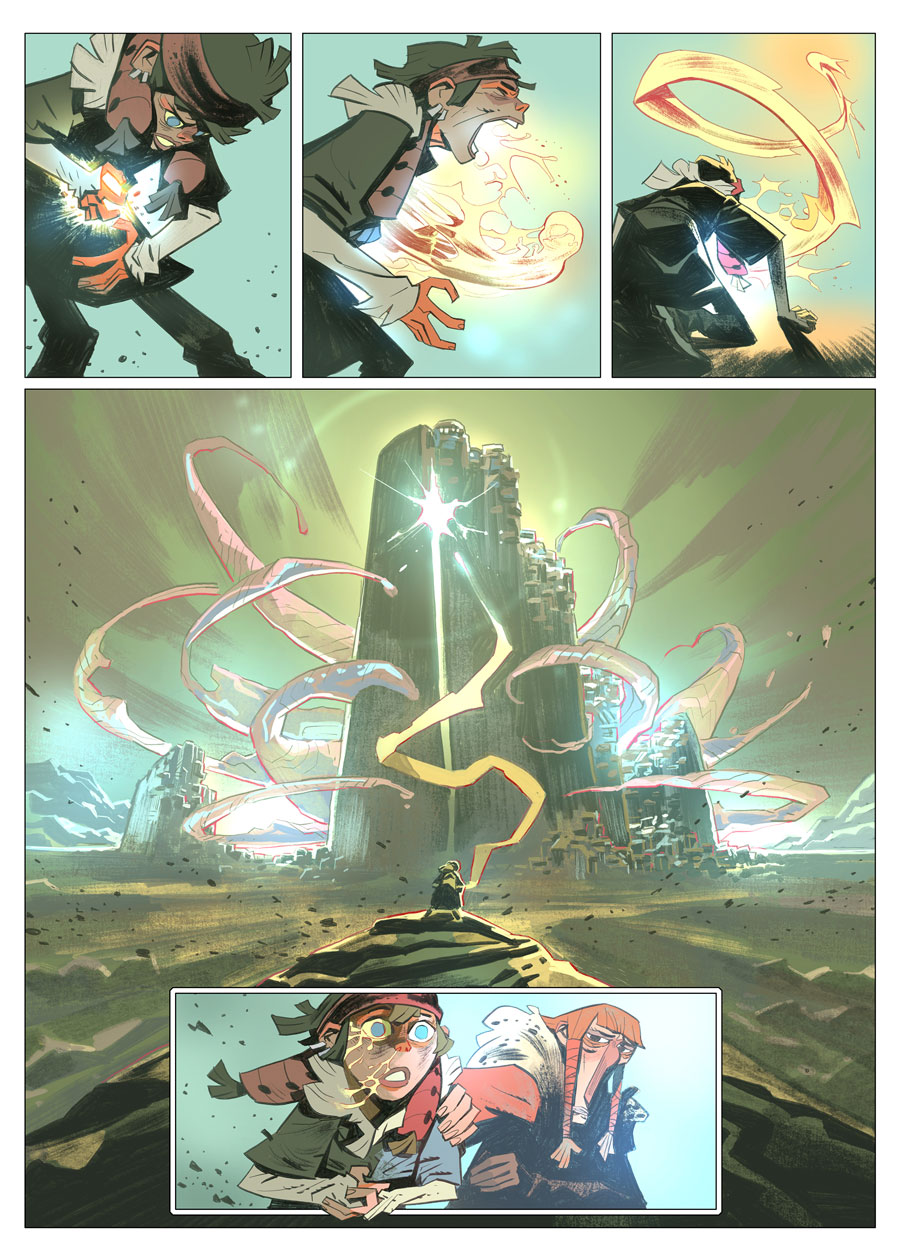 After the enormous success of the two previous BRIGADE campaigns, Enrique Fernandez returns to conclude his exciting trilogy. This time around, after his experience with NIMA (that was financed through crowdfunding in 2016 and published by us in several languages in 2018), the author has decided to work with SPACEMAN PROJECT again so that he can use our fundraising platform and employ our editorial and printing services. In doing so, SPACEMAN PROJECT will provide integral support to Enrique so that BRIGADE Vol. 3 can become a reality (under the AME publishing house), and so that you can all enjoy the latest chapter in this adventure that began in 2014.

As a publishing house, SPACEMAN PROJECT, has obtained the license to exclusively publish BRIGADE: OMNIBUS (Vols. 1 to 3). In order for this compilation edition to be published, the campaign must reach 100% of its goal.

We very much want meet this fundraising target so that BRIGADE can become a complete work. Together we can do it – will you join the adventure?

We want to award all the supporters of the BRIGADE campaign with a special and exclusive gift. Whoever backs the campaign and acquires one of the rewards will get the following bonus COMPLETELY FREE (valued at 18€): 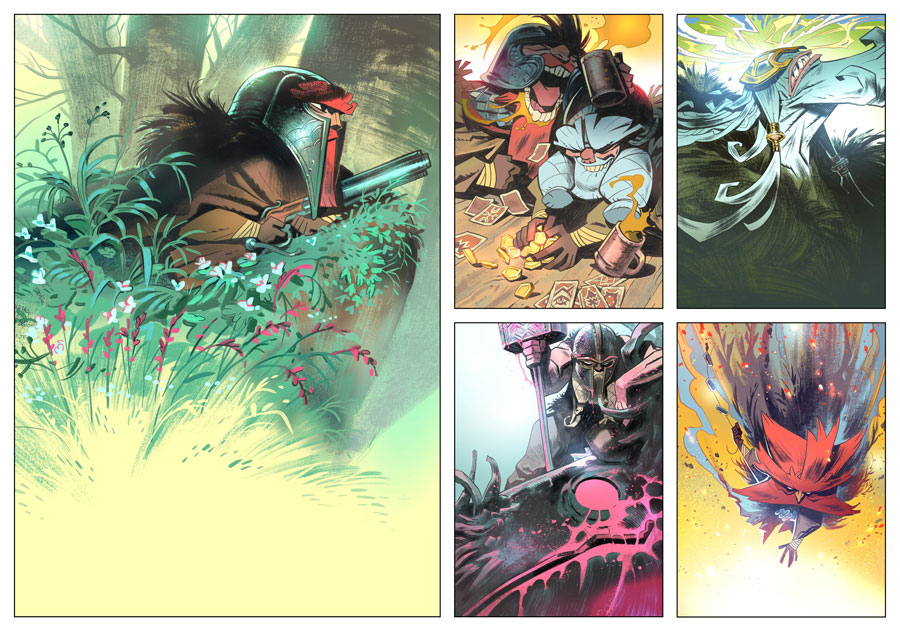 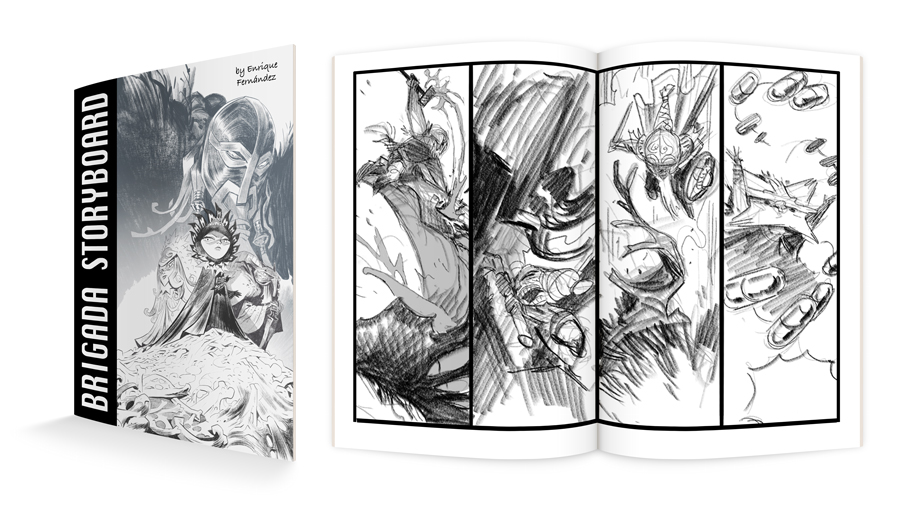 Editing / 5 months of editing after the author’s final delivery. 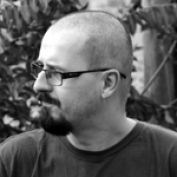 Enrique Fernández, comic book author born in Hospitalet, Barcelona, in 1975.
I began working in the field of animation. “El Cid” and “Nocturna” were my most noteworthy projects, where I did the storyboard.
Later on I published comic books mainly for French publishers (although they were translated into several languages) such as:

My latest self-published work was made available in 4 languages, and is entitled “Brigada”.

I combine my work as an author with illustration work, designs for animation projects, board games and videogames.

The kind of work I feel most comfortable with is the fantasy story. I try to create a different atmosphere for each of my works, although they all share the common factor of favouring dreaming about the world I invite readers to explore. I want the reading experience to go beyond the main story, so that readers can have resources to imagine further stores within the universe created for the book.

When I am working on the script I like to think about other stories within the main plot, to help lend greater weight to the work, even if only I know this information. I like the kinds of sentences that can convey a whole back story in just four words, or introducing a concept which is too hard to explain, by showing only some small fragments and leaving the reader to fill in the gaps.

My way of working is based on emotion. I don’t use a particular kind of script where everything fits together on a technical level. I want to have a story in which characters are believable, and can breathe, so that they exist independently of our reading. As if we had arrived to spy on them just when the action is taking place, but making sure they are still interesting for their own sake.

In that sense, I am also looking to ensure that the graphic design of the characters conveys a story (or a group of small stories), whether because of the proportions, the attitude, the gaze, etc.