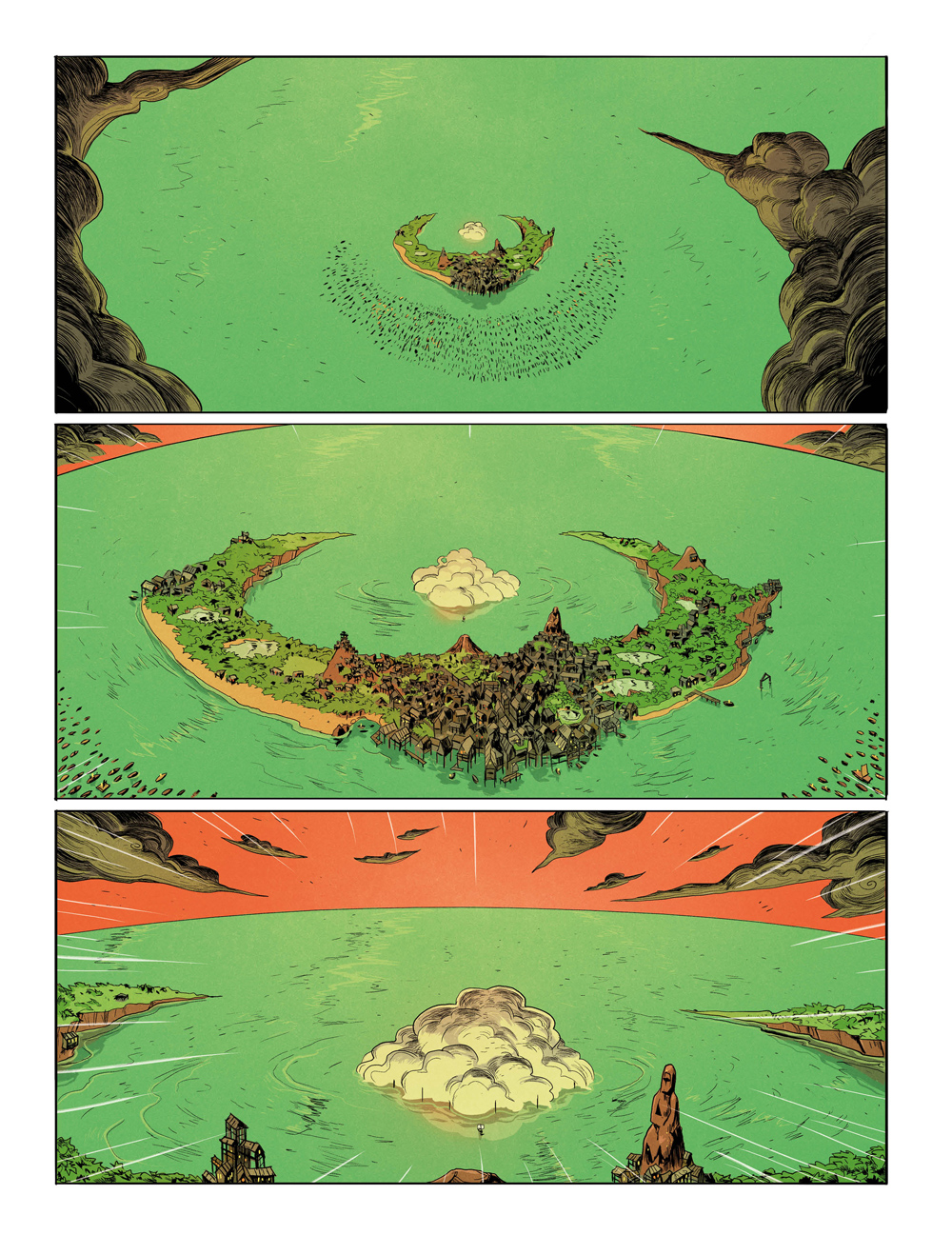 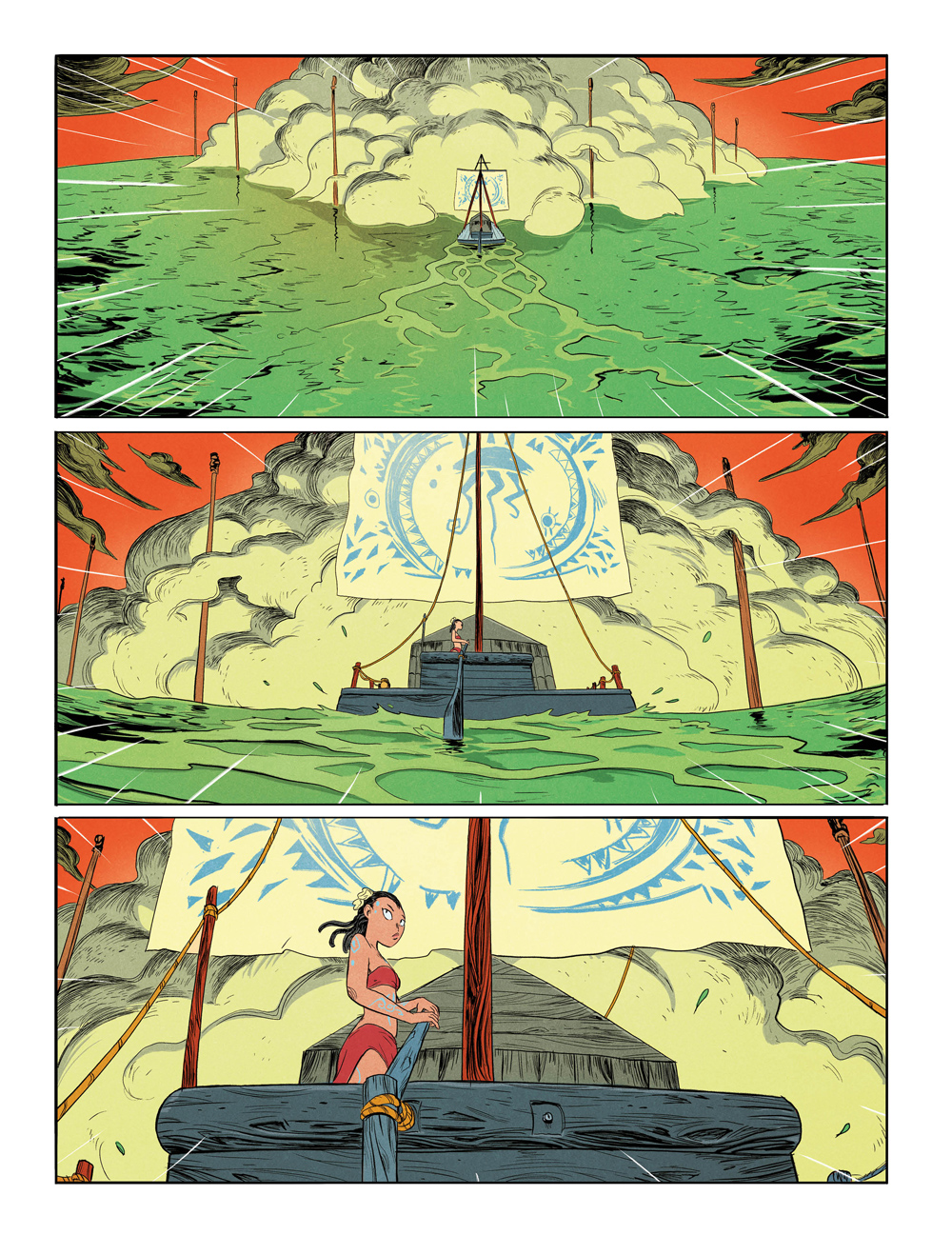 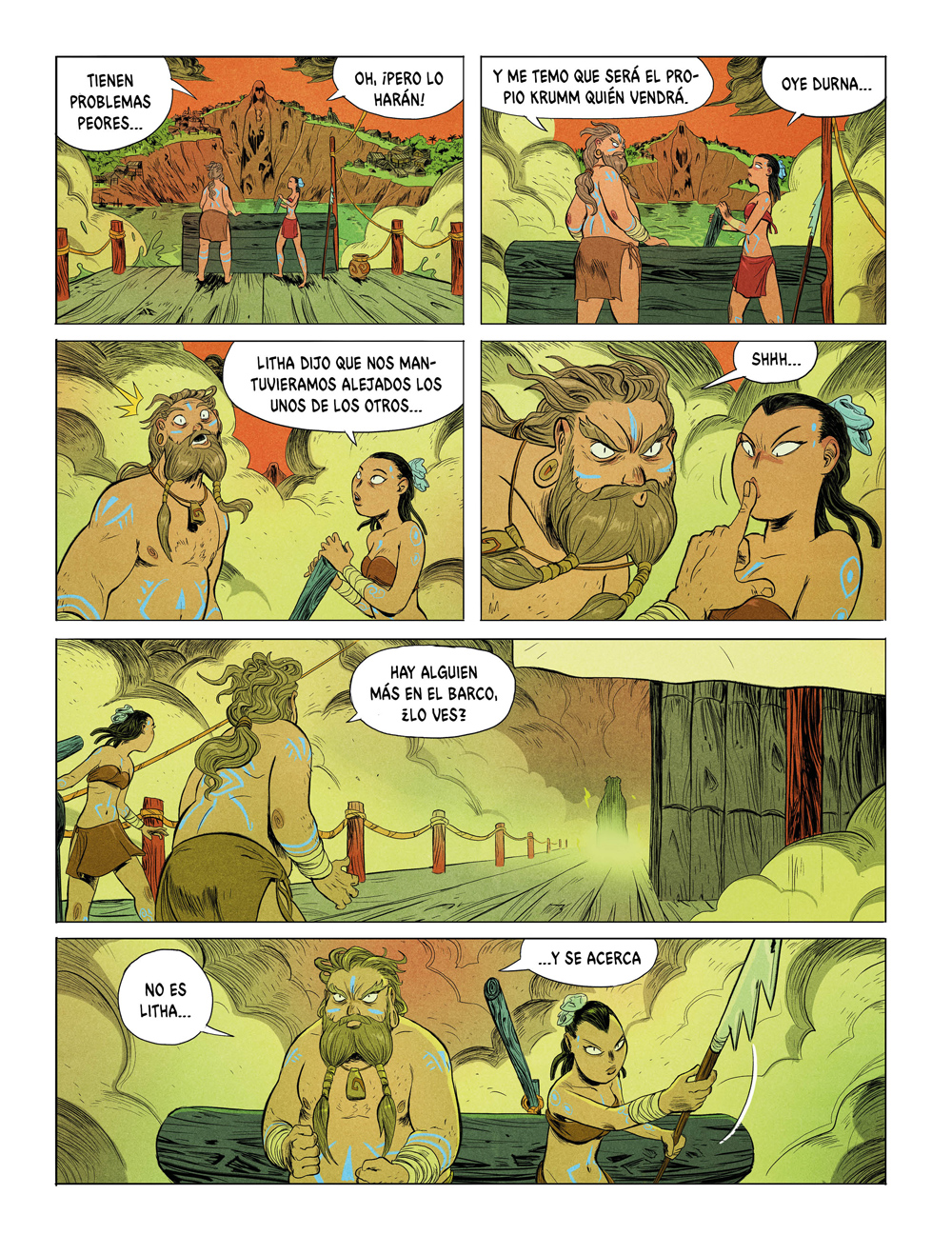 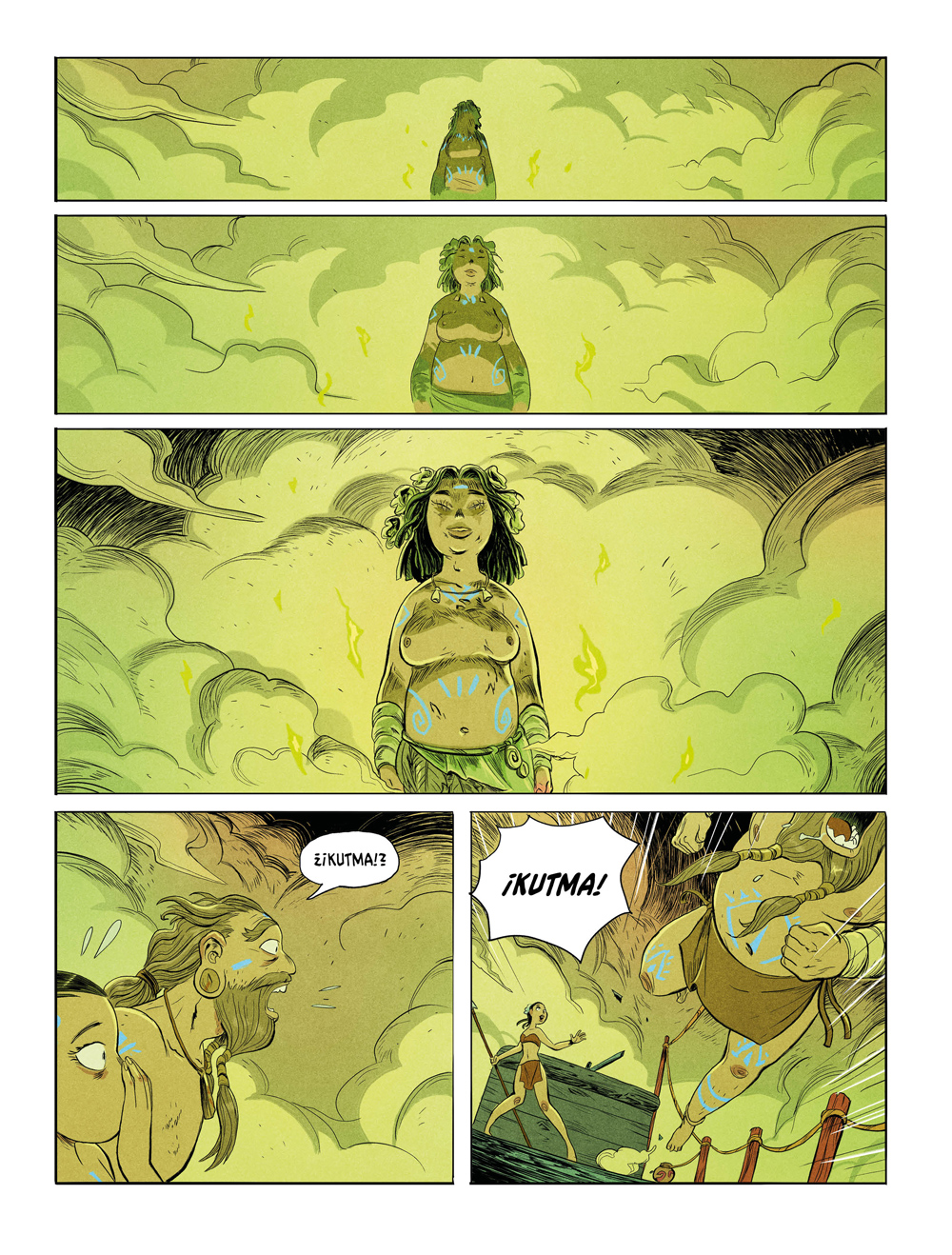 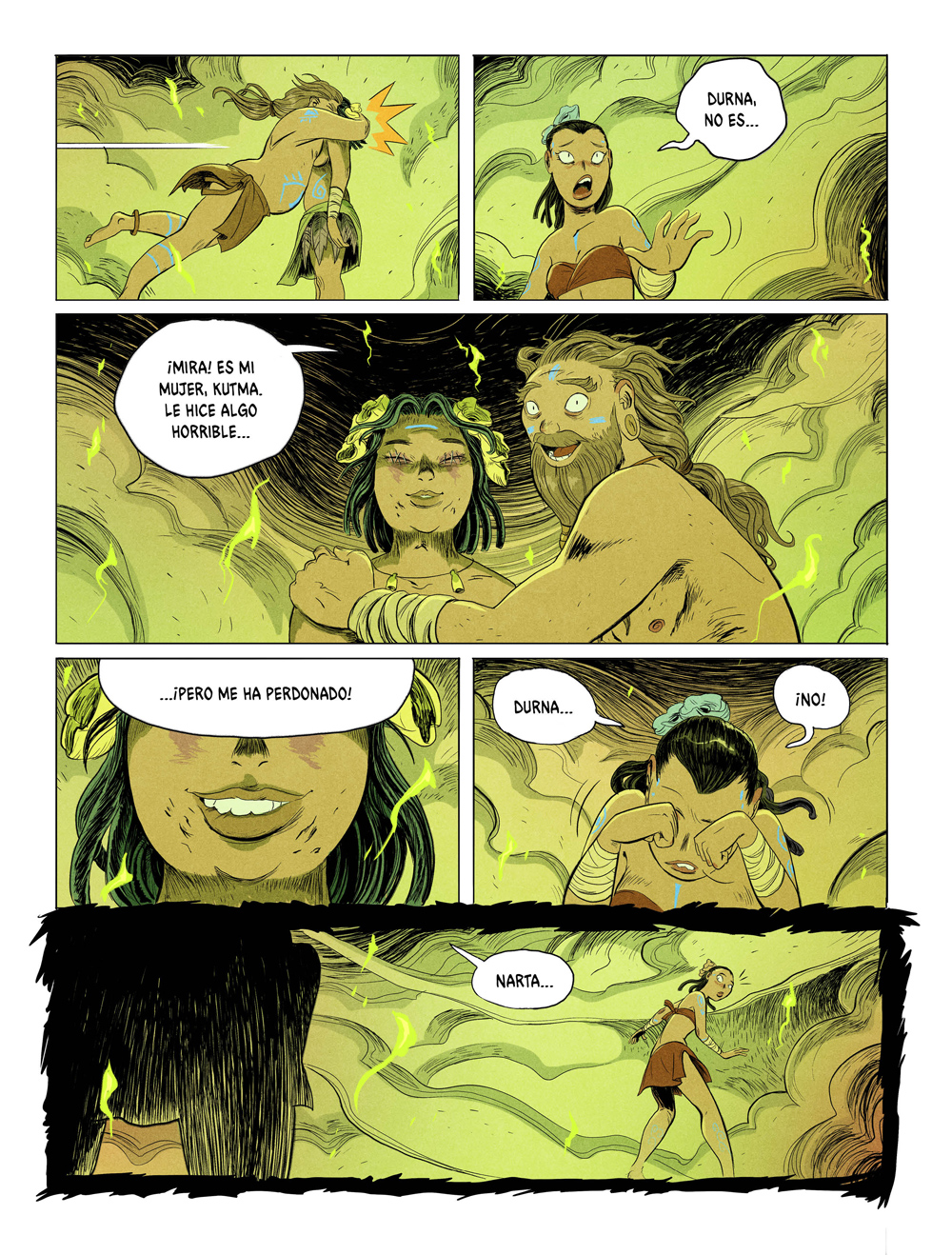 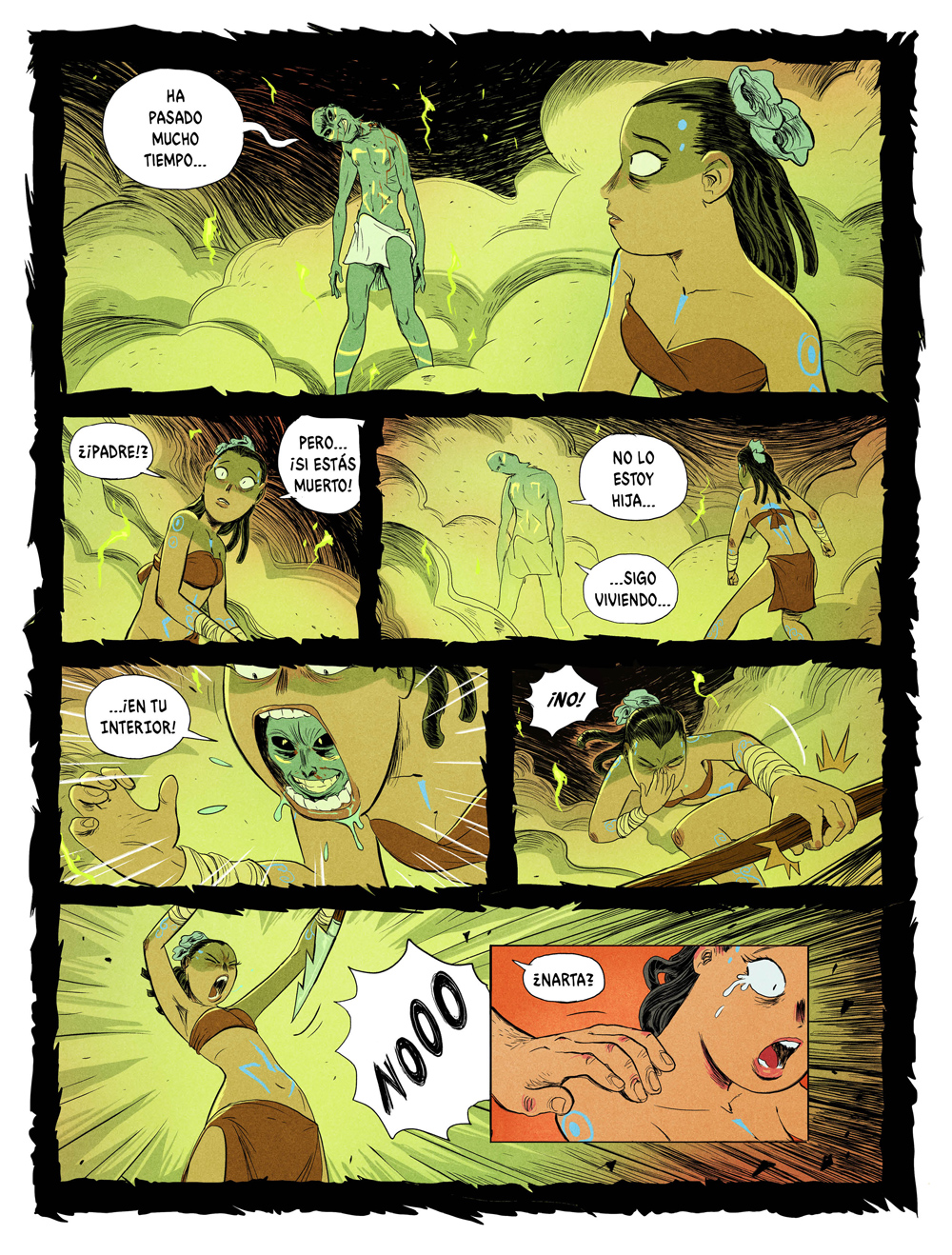 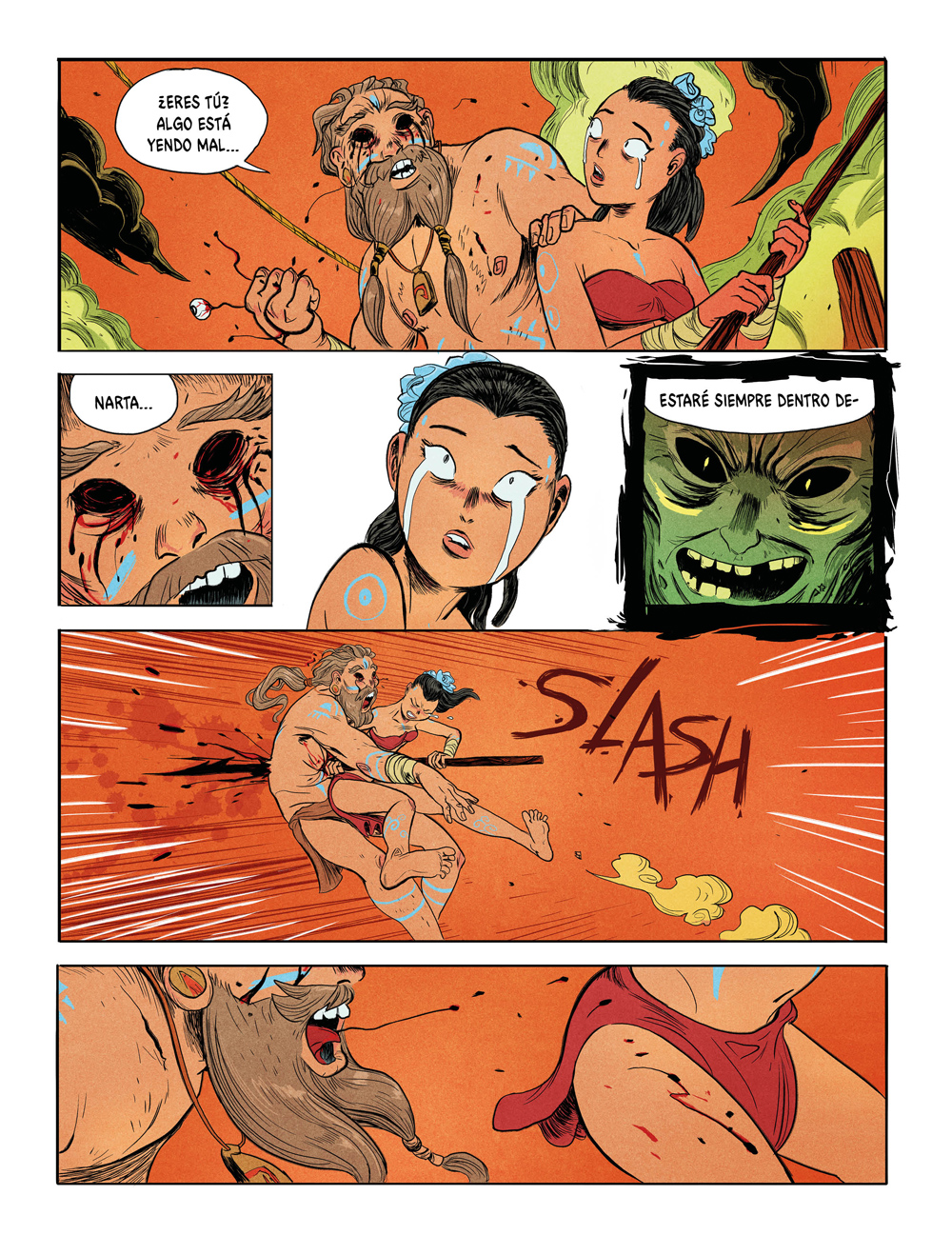 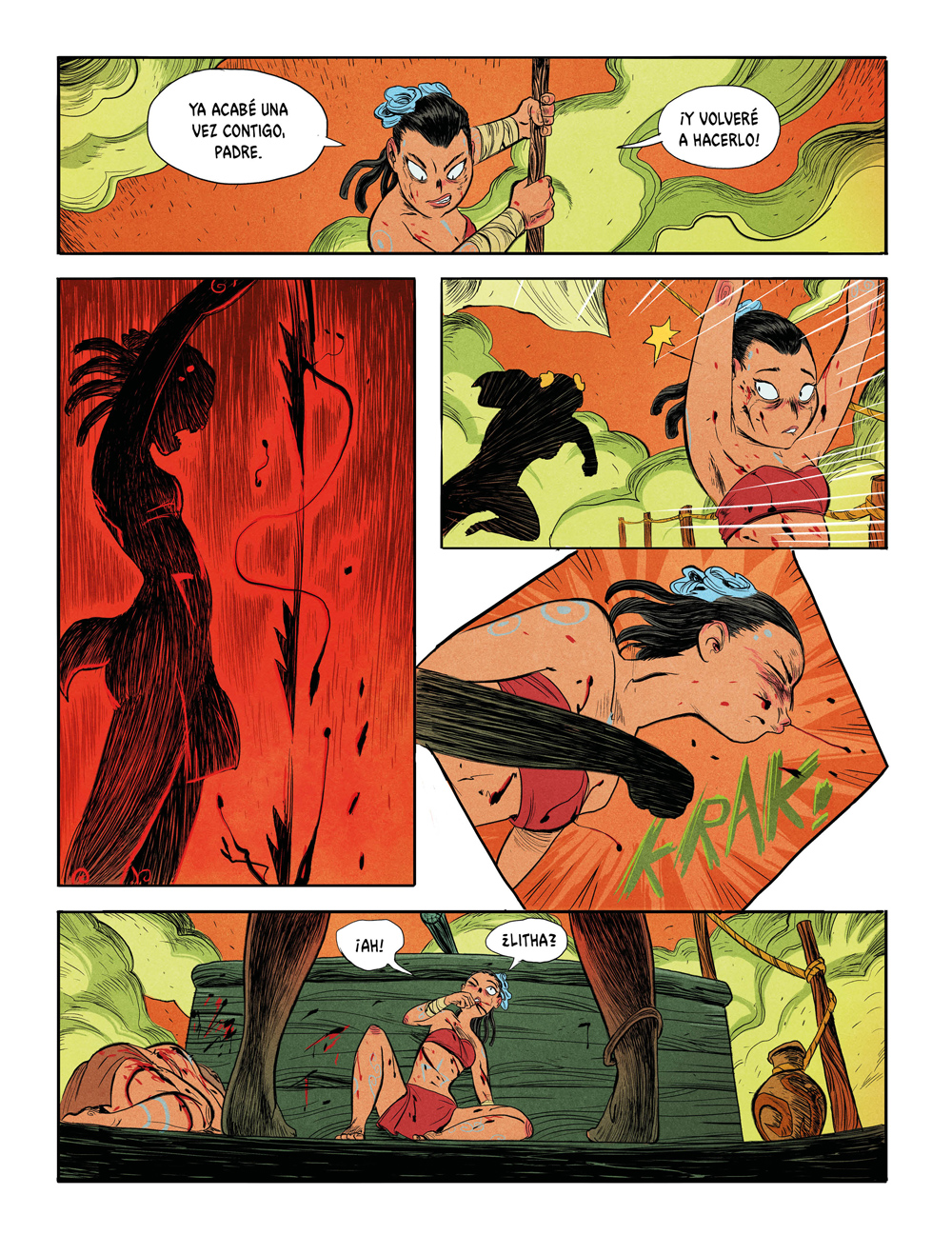 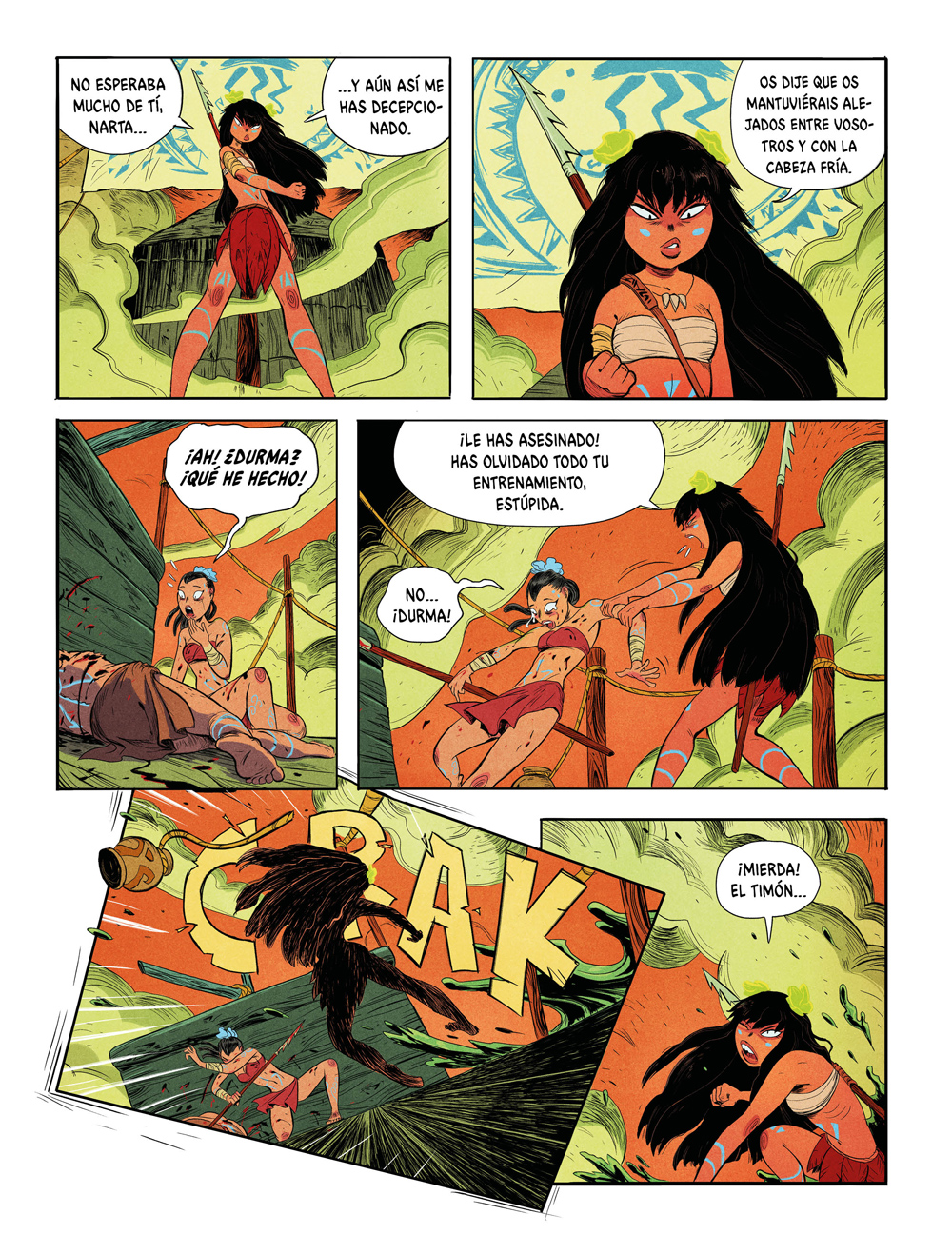 In a world almost flooded, ancient tribes live in small settlements, defending their territory against hostile nomads that sail the oceans looking for islands to conquer.​ ​Litha's tribe is used to defending themselves against these threats, but their real curse, the thing most islanders fear, is the Fateful - a place in the island covered in a thick mist. ​ ​Something terrible happened there, something that can't even be spoken of, it's a taboo. A great power of unknown origin lives within, but whoever dared to discover it's secrets, never came back. 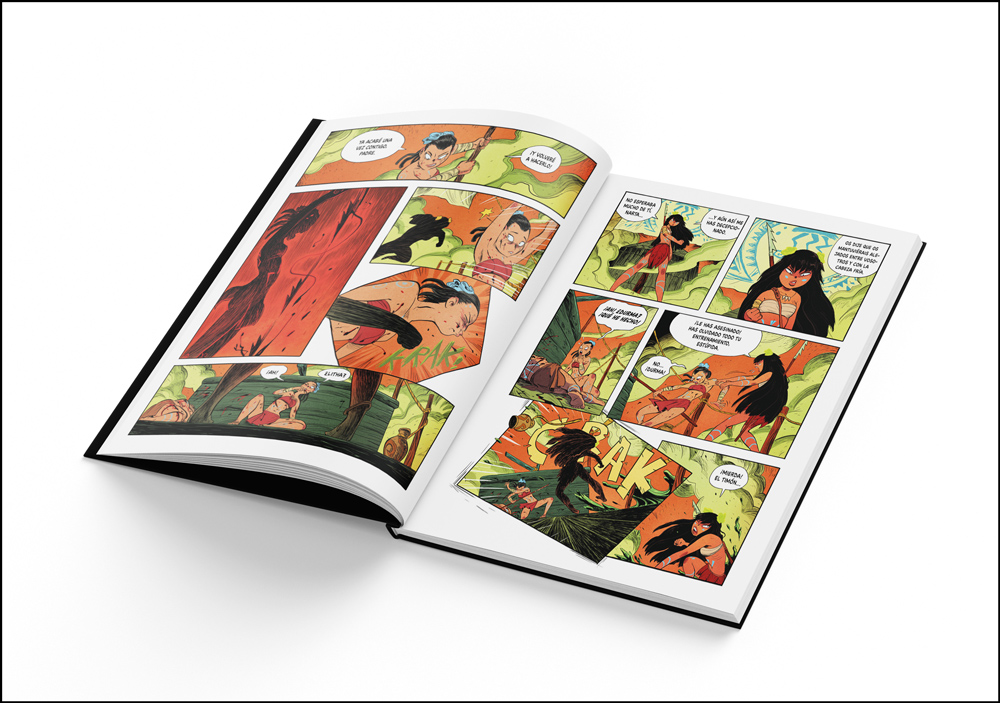 One morning, the alarm is raised throughout the island of Loimata. ​ ​On the horizon lies the biggest nomadic tribe navy anyone has ever seen. Their songs and terrifying masks indicate they don't come in peace. Ten times bigger than their own, it's impossible to defeat such a huge navy.​ ​The island authorities don't want to condemn the islanders to certain death, so they decide to surrender without a fight.​ ​Litha flatly refuses to hoist the white flag and explains there might be an opportunity to defeat the invaders: taking advantage of the dark power of Fateful. Penetrating that place is madness, but the young woman convinces everyone that it's the only way to ensure the survival of the tribe. 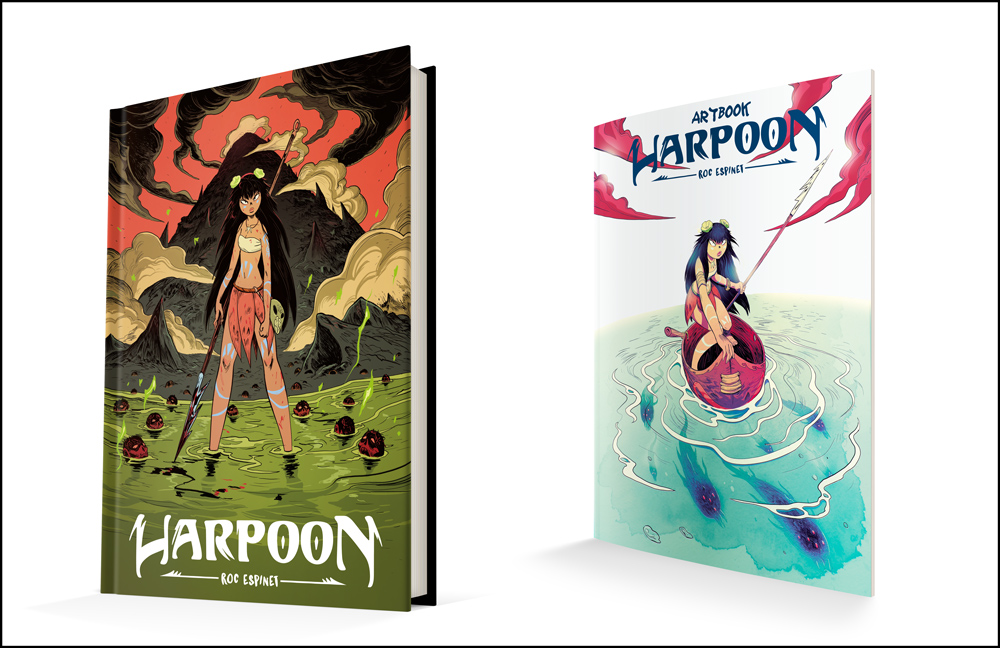 Tagata, leader of the island's naval force doesn't agree with Litha's suicidal plan. He thinks that entering the Fateful will only awaken the evil forces that inhabit it, and they will devastate not only the hostile tribe, but everyone else with them.​ ​Willing to stop Litha, he will also enter the Fateful.​ ​To make matters worse, Litha and Tagata share a tragic love story from long ago...​ ​Inside the  Fateful they will not only have to deal with the evil that lives within, but also past traumas, and wounds that never healed.

An action-adventure comic that will pierce your heart like a HARPOON. 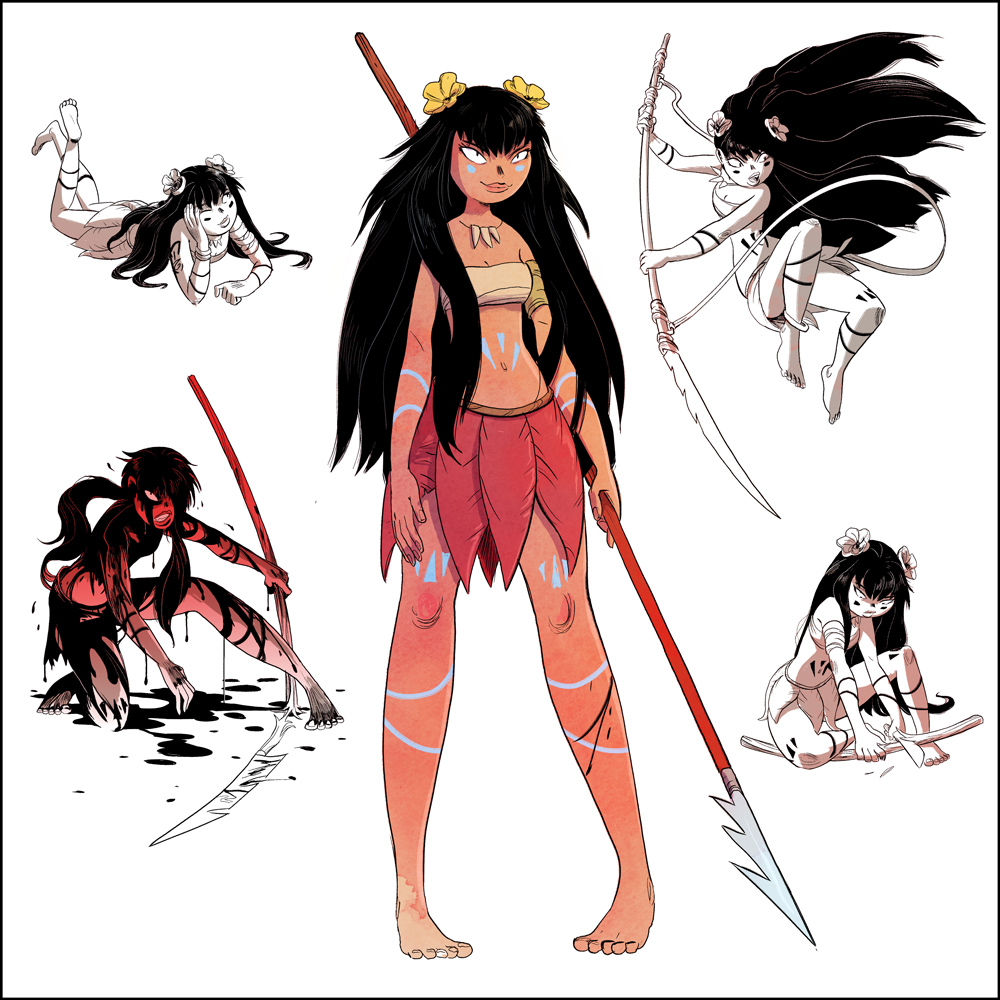 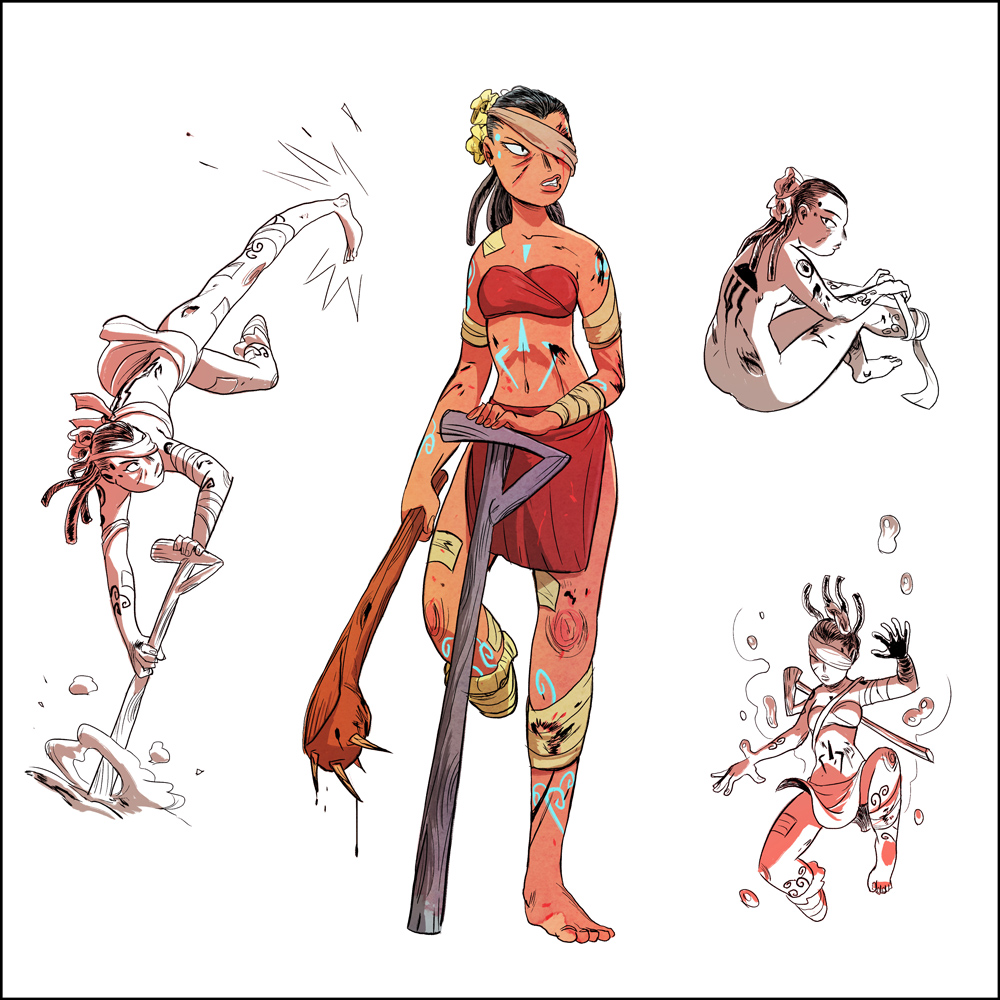 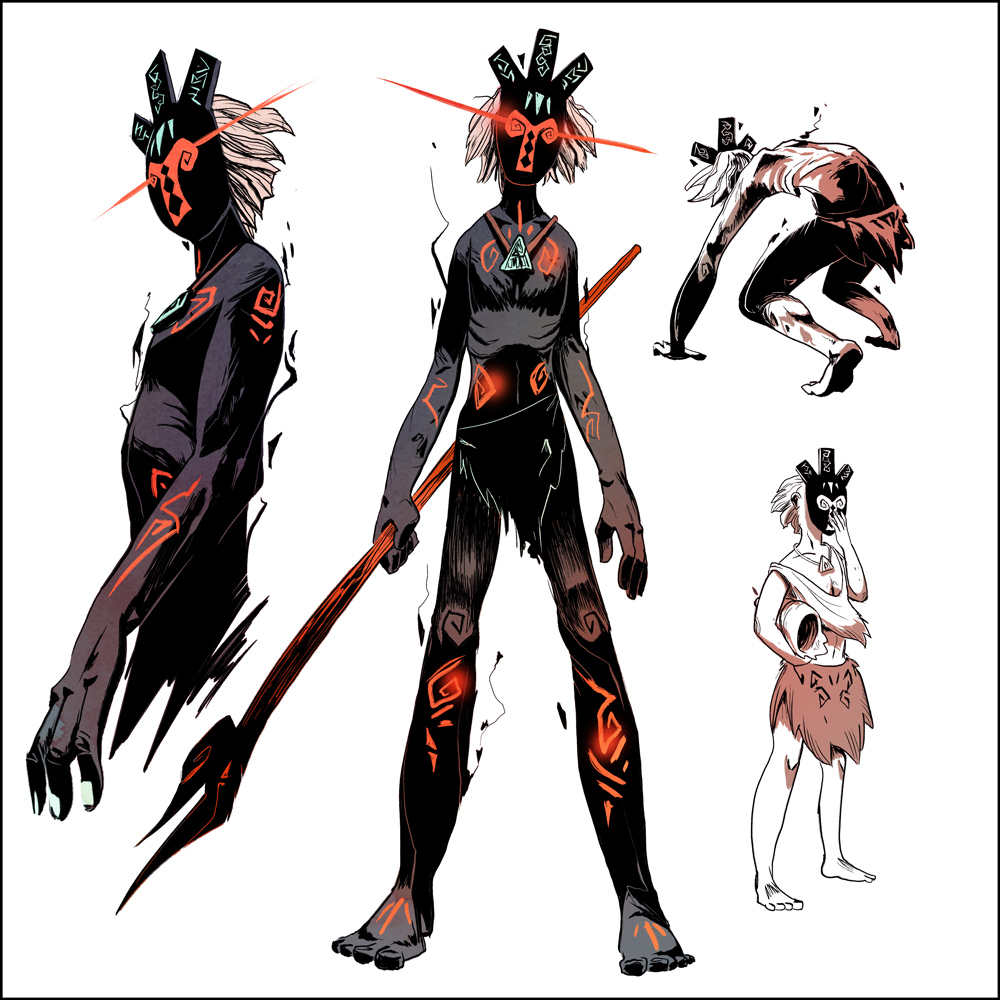 This is an all or nothing campaign model. In order for the project to become a reality we need to reach 100% of the goal. The length of the campaign will last 30 days but can be extended by 10 more days if the project reaches 50% of its goal before the end of the month.  As the publisher, Spaceman Project, can make contributions to the campaign to boost or complete the goal at its own discretion. As is customary, an announcement will be made public if this happens. 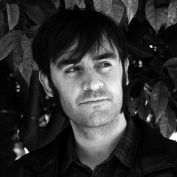